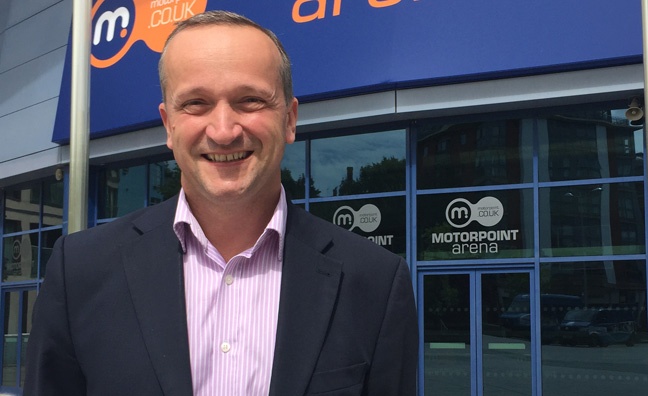 National Arenas Association (NAA) chairman Martin Ingham has said 2017 is shaping up to be a bumper year for the arena sector.

But 2017 looks sure to see a return to growth with tours by the likes of Ed Sheeran, Bruno Mars, Drake, Take That, Iron Maiden, Linkin Park, Emeli Sandé, Metallica and The Weeknd.

"The sector is in good health," said Ingham (pictured), who is also CEO of Motorpoint Arena Nottingham. "There tends to be one really good year in every five-year cycle and perhaps one year that is the weakest, along with two to three standard years.

“Last year’s figures were a little bit surprising. Our 2016 was better than 2015, so we were slightly against the trend. But 2017 is looking like the bumper year in the current cycle.”

Established in 2001, the NAA represents 22 arenas across the UK and Ireland, operating as an informal industry body, sharing best practice and training in areas such as event management, health and safety, ticketing, customer service and accessibility.

“It is no longer just good enough to rely on musical artists, we’ve got to look at a wider range of events,” added Ingham. “We are also seeing arenas becoming more innovative with regards to their configurations. They are now working smartly to offer capacities of 4,000-7,000 for some shows, rather than the full haul, which hopefully encourages promoters to take a risk on coming to an arena rather than a concert hall.”

The Nottingham venue's flexibility paid off in a different way back in 2012 when it hosted Ed Sheeran's first ever arena show in what was initally due to be configured in a cut-down capacity.

"The starting capacity was about 4,000 and, when we put it on sale, it went beserk," recalled Ingham. "I was on the phone to Dan Ealam [promoter, DHP Family], saying, This has gone crazy in the first five minutes, do you want to start opening up some more draping? He came back to me a couple of minutes later and said, Yep, add another row, and then that sold out, so we added another row...

"We went on and on and they then made a decision to open the whole place and play to full capacity."