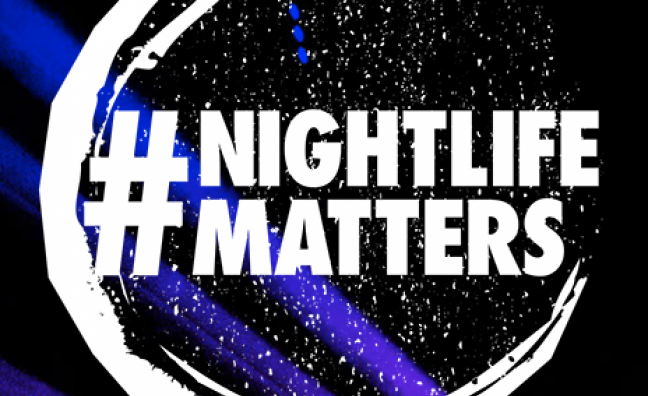 Kicking off with six nights in six cities across the UK, the events are the first in an ongoing programme of club nights, talks and exhibitions which seek to celebrate UK nightlife and its cultural heritage. Performances from Seth Troxler, Craig Richards, Kano, Dusky, Lady Leshurr, Shy FX and more aim to spotlight a different genre of music born out of UK club culture.

The manifesto focuses on three areas: protect, support and celebrate. The NTIA believes venue closures nee to stop, and for authorities to acknowledge the huge significance nightlife and these venues have to millions of people across the country; that this industry not only needs to be protected but that it must be encouraged and promoted so that we create a future of magic moments, and a home for the artists and talent of tomorrow; and that it's common for authorities to look at the negative aspects of the night time economy, while the huge contribution it makes needs to be celebrated.

The NTIA is calling for fair representation when deliberating about the future of the UK’s nightlife, as well as Night Time Economy Champions at all levels of government. It is also calling for more flexible licensing, and for night time operators to not be unfairly targeted for the actions of their patrons. Also mentioned in the manifesto is the agent of change principle, which has already been called for in previous campaigns from the likes of Music Venues Trust.

Within the industry, the likes of Grade Management, Defected Music, Raw Power Management, Insanity Music Management and more have thrown in their support for the initiative.

Tom Findlay of Groove Armada, said: "Nightlife Matters across Britain because it nurtures and sustains all our creative industries. It’s part of what makes Britain great, our club culture is admired across the world. Nightlife matters because it employs loads of brilliant people, bringing different ages, colours, genders and ethnicities together for a common goal. I can’t imagine our country without it and it’s time we showed one of our great national pastimes a lot more love and respect.”

Pete Jordan, director at Made Festival and the Rainbow Venues, added: “The UK has a nightlife and festival industry that is revered the world over. We are currently seeing more threats to venues and their licenses for a variety of reasons, that could in time, destroy the industry. Supporting the Nightlife Matters initiative from the NTIA is essential, and will help the industry safeguard itself from the real issues that exist and could change the cultural landscape of cities and towns forever.”

Tom Paine, founder of Love Saves The Day and owner of Motion, commented: “Nightlife Matters is a really important campaign for people to support and really get behind. For too many years there seems to have been a shoulder-shrug response to news of one one of the city's great music or night-time venues closing, an attitude that it is just 'one of those things'. Nightlife Matters aims to move against this and to establish that our thriving music, creative and social scenes in this great city of Bristol should be protected and indeed encouraged to grow - and highlight all the benefits that they bring to Bristol and the UK.”

Alan Miller, chairman of the NTIA, said: “In Britain millions of people go out every week and enjoy some of the world's best music, clubs and bars up and down the country. The 'silent majority' that loves going out, socialising, dancing, eating & drinking, meeting new friends and getting inspired will now have the chance to have our voices heard - and make a difference. By supporting Nightlife Matters, a message is sent to local councillors & MPs that we want nightlife protected and celebrated, not destroyed.”