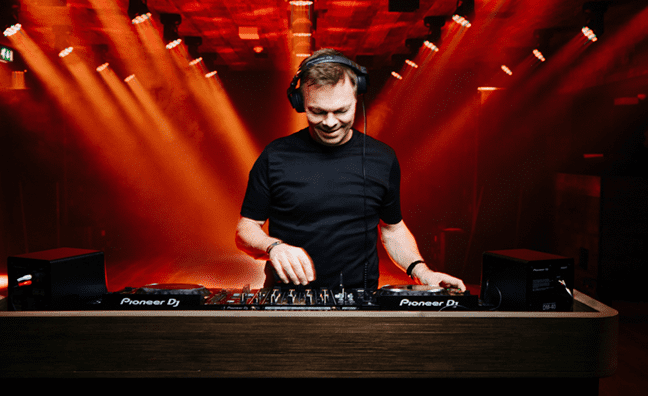 International Music Summit co-founder Pete Tong has told Music Week the EDM bubble has "punctured" rather than burst ahead of this year's IMS Ibiza, which begins today.

Following its incredible rise in the early 2010s, when it grew 60% in just three years, growth had slowed to 3% according to the most recent IMS Business Report, which valued the global electronic music industry at $7.4 billion (£5.5bn).

The 2018 report is due to be presented to IMS delegates by London-based strategy specialist Kevin Watson at the conference this afternoon.

"Funnily enough [booking agent] Marc Geiger from WME made a presentation at the IMS maybe four years ago, right at the peak of the EDM explosion story," recalled Tong. "The numbers were off the charts when we had the financial report at the start of the session. But Marc got up there and painted it, not so much as a doomsday, but it was like, 'This is what's now going to happen to you guys. This is hip-hop 10 years before, this is what happens when you get to this position'.

"Everything he said in that speech pretty much turned out to be true, which was that the bubble kind of punctured. I wouldn't say it quite burst, but it punctured. I guess another analogy would be, 'The party's over, it's now time to really get your hands dirty, get back to work and look after this business you've built to this level and get it to the next phase'. And that's what's been going on in the last three or four years."

"These things don't really get the gravitas you desire at the beginning, so you just repeat it and then it gets ingrained in people's diaries," he said. "People start to plan their years around it and it takes on a life of its own.

"I think the fact that we've passed 10 years is probably one of our greatest achievements and the thing I'm most proud about."

In recent years, IMS has worked closely with She Said.So, a network of women with active roles in the music industry, which this year will chair a talk assessing the impact of sexual harassment specifically to electronic music.

"I met Andreea [Magdalina, She Said.So founder] when she was working for MixCloud at a networking dinner about four years ago in Los Angeles," explained IMS co-founder Ben Turner. "She told me about She Said.So and I was really taken by this dialogue that was going on amongst female professionals in the industry, understanding from her why do they need to have their own world of discussion away from the men.

"Through working through her, she's pushed me extremely hard to rethink how I curate IMS, and how all of us in positions of influence can be much more proactive in bringing women through. I feel like we're doing everything we can now to encourage the female industry."

He added: "The women in electronic music debate, I hope there comes a time when we don't need to have that discussion anymore because everything is so integrated. I've asked She Said.So to curate two talks themselves this year.

"We have a panel called Practical Parenting, which is is putting the likes of Pete Tong and Ed Karney, a talent manager, to talk about how they're managing to do their jobs and be parents. It's not just about the women, it's as much about the men.

"After 11 years of curating IMS, I've learned that I need co-curators and people who can express interests or thoughts on topics and issues that affect communities that maybe I'm not so deeply involved in - and I feel we've got a better summit as a result of that."

Underworld will be honoured at the IMS Legends Dinner at Heart Ibiza tonight, prior to playing a midnight set at the venue, while the IMS Dalt Vila closing party, widely regarded as the official opening of the Ibiza summer season, takes place on Friday, headlined by Sven Väth.