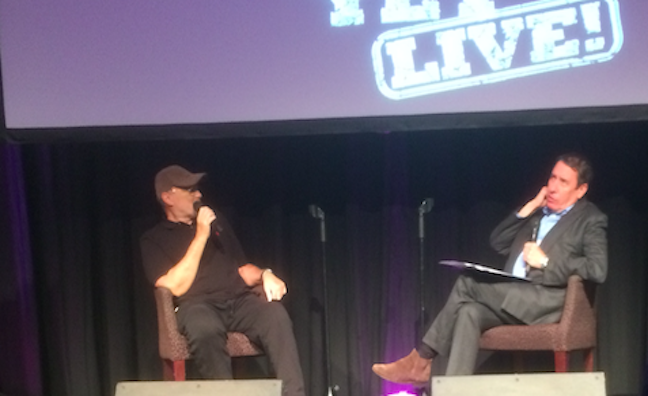 British rock icon Phil Collins will return to the live stage for the first time in a decade with a five-night residency at London’s Royal Albert Hall next June.

Collins discussed his live comeback, which will also take in shows in Paris and Cologne, this morning at the Royal Albert Hall, where he took part in an on-stage Q&A session with Jools Holland before the press. He also spoke about his upcoming autobiography Not Dead Yet and a new singles compilation, both released later this week.

"I thought I would retire quietly," said Collins "But thanks to the fans, my family and support from some extraordinary artists I have rediscovered my passion for music and performing. It's time to do it all again and I'm excited. It just feels right."

The Not Dead Yet Live tour will see Collins take to the Albert Hall stage on June 4,5,7,8 and 9 2017, before performing at Cologne’s LANXESS Arena on June 11 and 12 and then the Paris Accor Hotels Arena on June 18 and 19.

During the Q&A he also answered questions about his former band Genesis, refusing to rule out a reunion of some sort in the future.

“Writing the book made me realise just how close we all still are as friends. I definitely wouldn’t rule it out.”

One of the UK’s most successful recording artists, Collins registered more UK Top 40 singles than any other act of the 1980s. Before going solo in 1981, he was previously drummer and eventually frontman of prog rock legends Genesis.