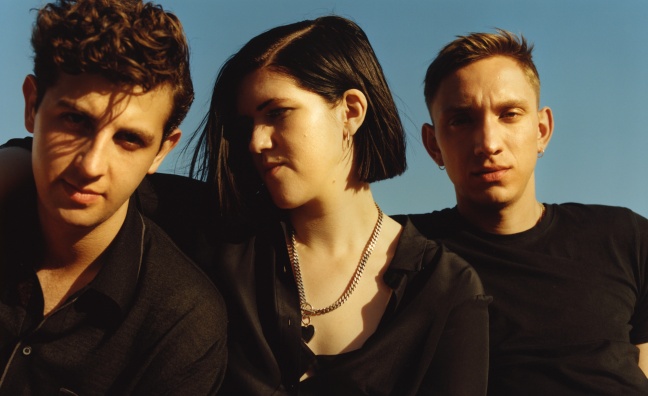 LCD Soundsystem and Bjork have joined The xx as headliners of AEG Presents' new All Points East festival in Victoria Park next year.

Lorde, Beck, Yeah Yeah Yeahs, Father John Misty, Phoenix, Flying Lotus 3D, Glass Animals, Sampha, Richie Hawtin and Dixon have also been confirmed for the line-up, which has been put together by AEG's Goldenvoice division, the team behind events such as British Summer Time Hyde Park.

AEG, which confirmed last week that it had secured an exclusive five-year contract to run events at the site, will launch the East London festival from May 25 to June 3 next year. Run over two weekends, the first will feature a three-day festival and the second will comprise three standalone headline shows including The National.

Here, Music Week speaks to AEG Presents EVP, live music, Jim King, to find out how it all came about...

How was the concept devised?

We've always wanted to be able to undertake more events in Victoria Park. It's an amazing park - one of the best in the country - in a very exciting developing area of London and when the tender came up we were obviously very keen to go for it. We thought we had a really good proposal that Tower Hamlets local authority would respond favourably to and we think we presented a very strong plan. It's essentially six headliners - one weekend is a three-day festival format where there's a narrative running through those three days - a very eclectic bill across five stages. People can buy a day pass all the way up to a three-day pass. The second weekend is three headline concerts essentially. The first one of those is The National and  they have a slightly narrower booking strategy because the support bill around those is very much about musically supporting the headline artist. It's an incredible bill if you're a National fan or a War On Drugs fan with that bill that's been put in place around that.

How similar is the format to BST Hyde Park?

We're very happy with the format of BST. We weren't really looking to copy that in any way but there are some considerable operational benefits that that format offers. In the context of Victoria Park, we felt it offered a number of very positive impacts for the local community. Where, historically, the events that have taken there place had run across two different periods of the year - the beginning of the summer and then the middle of the summer - that increased the impact for park users and the community quite considerably because there's two load-ins and two load-outs. The format of running the events back to back - two consecutive weekends - halves that straight away so we thought that that would play very well and would be received very positively. We like to have a positive impact on the local community for those who are not potentially that interested in the music events and the midweek offering helps create a platform where park users get their park back and we can then overlay a programme of content and events that we feel may appeal to those people.

BST has set a high bar in terms of production values, will it be a challenge to match that?

We don't look at it like that. When we started doing BST, we've always been of the belief that being outdoors or being in a greenfield environment is not an excuse for poor service and that was the ethos that we took into Hyde Park. It's definitely the ethos we take everywhere and that's not just in London but us as a business globally. Coachella and Desert Trip and Panorama [all in the US], amongst many other events that AEG Presents and Goldenvoice operate, are all about delivering amazing live experiences for artists and fans. We look to obviously set a very high benchmark in delivery but that's not just a one-off, that's what we try and do everywhere so a lot of high levels of customer experience in BST is prevalent across all of our business and it's something which we'll take into Victoria Park as well.

What will the capacity be?

It's still the same as it has been previously, so the park itself will be licensed for up to 40,000 people a day.

Did Glastonbury taking 2018 off play any part in your decision to launch this event now?

No, it's just that's really in the gift of the local authority so they were the ones who put the contract up for tender. We were just responding to their schedule and their timetable.

Why did you choose those particular headliners?

We aim to attract a particular headline artist if you like and a particular type of fan - one that's perhaps a more credible and independently-minded fan. Across those artists, I think that represents the direction that we want to take Victoria Park to over the next five years.

How did you come up with the All Points East name?

We liked the reference point of its location but at the same time we are looking to run a world class event where people from all around Europe will come to London to enjoy this so we're very proud of winning the contract and we're very proud of where the event is taking place, we're delighted to be operating in that area of London but we're looking to deliver an event that has world class appeal.

Finally, what is your take on the camping festivals vs city festivals debate?

I think the two formats co-exist very well and that will continue for some time. I don't subscribe to either one owning the particular format or the word festival, I think they both stand on their own merits and complement each other particularly well so I'm a fan of both. We like working on both and as a company we deliver both formats - but each has their place.