Q&A with the organiser of Disneyland Paris' first EDM festival 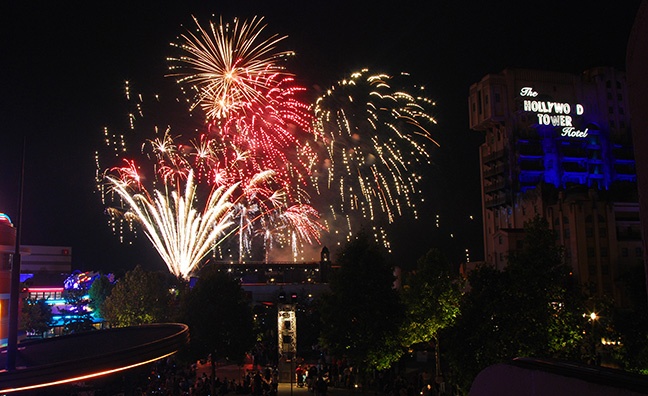 Set against a Disney backdrop in the theme park’s production courtyard, the event takes place on Saturday, July 8, with acts including DJs Steve Aoki, Nervo, Michael Calfan and Richard Orlinski.

It is being promoted by Disney Business Solutions, in conjunction with brand entertainment agency My Love Affair, in a bid to entice the 18 to 25-year-old demographic back to the resort.

Holding an EDM festival in a theme park sounds like a novel concept...

It quite original but also, it's natural. Putting EDM music in this park, it was organic. People in our target demographic - 18-25-year-olds - don't come to Disneyland Paris, so it’s a way to get that age group to discover, or rediscover the park. They probably went to Disneyland when they were younger but, when they are studying, they prefer to go to a club, so the idea is to combine both experiences. From 4pm they can enjoy the theme park attractions, before the show begins. It’s a new model because many of the big festivals are held in stadiums and big parks.

It's a one-day event this year, are there any plans to expand to multiple nights in future?

We hope to develop a longer festival, maybe held over two days because the intention is to encourage people attending the show to stay over at the resort,” said Aflalo. “We have already sold a lot of hotel packages for this year. Normally, when Disneyland doesn’t have an event, the average time before booking a visit is just two to three days before the weekend. For this event, they have sold much more quickly.

How did you come to be involved in organising the festival in the first place?

We are a global music marketing agency so we present DJs for brand partnerships. I founded the company with David Guetta and this is our main activity. We worked with Disneyland two years ago on show with Jessie J called Live@Home, so we were already in contact with them.

What are your ambitions for the first Electroland?

The target is between 8,000 to 10,000 people and I know that as of a couple of months ago they'd already reached half of the target. Twenty per cent tickets of the tickets have been sold within the UK,and 60% in France, with the rest from Italy and around Europe.

How easy was it to attract the acts you wanted?

The feedback we received from DJs when we were enquiring about availabilities was that it would be a dream for them to play at Disneyland. In terms of production, there will be mapping on the Tower Of Terror and animations, it will be incredible. The new generation does not only want to dance, but have a full and complete journey of entertainment.”

Was this event organised for Disneyland's 25th anniversary this year?

It's part of the plan. They've organised many events during the 25th anniversary year- John Legend played for the birthday ceremony, so this is just another part of the celebrations.