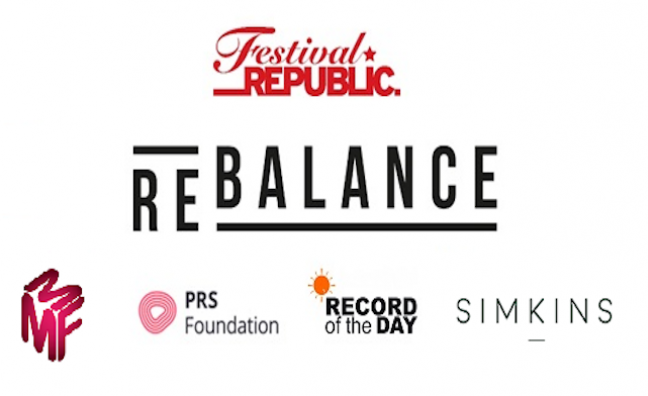 Festival Republic together with PRS Foundation have revealed alt-rock trio Chroma, South London grime artist/lyricist Keedz, and South London based singer songwriter Otta for the latest round of ReBalance finalists.

The initiative – first launched in August 2017 – provides five days of recording time in Old Chapel studios to a UK based core female identified band, musician or solo artist, as well as a slot at a Festival Republic or Live Nation Festival.

The panel who chose the three acts consisted of Festival Republic’s Lucy Wood, Ed Lilo, and Jana Recmanikova, plus Joe Frankland and Winnifred Sandy from PRS Foundation, Sophie Roberts from 13 Artists, Hannah Berney from She Writes, and Yaw Owusu from LIMF.

Speaking about the announcement, Chroma said: “We’re incredibly thankful to ReBalance for granting us this opportunity. In the four years we've been together as a band we've confronted many different forms of sexism. ReBalance’s mission really resonates with us and we’re honoured to be included in this journey towards equality.”

Keedz added: “Opportunities like Rebalance give artists great opportunity to be as creative as they can be in the right space, with the right infrastructure. Which for me can only mean one thing. Great music! “

Otta said: “ReBalance is a great opportunity to work into a new environment and make music that you may not have had the opportunity to create otherwise whilst supporting women in music.”