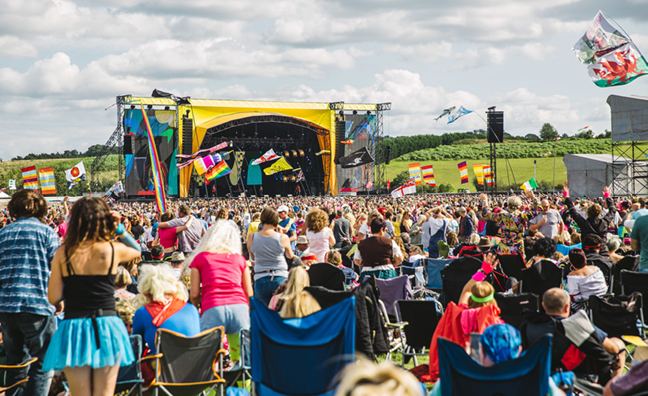 The '80s-themed Rewind Festival is enhancing its offering in a bid to stay fresh as it approaches its landmark 10th edition.

The event will take place across three locations: Rewind Scotland at Scone Palace, Perthshire (July 20-22), Rewind North at Capesthorne Hall, Cheshire (August 3-5) and Rewind South at Henley-on-Thames (August 17-19), where the event launched in 2009.

The likes of The Jacksons, Kool And The Gang, OMD, T’Pau and Soul II Soul headline this year's bill, which has seen organisers relax their criteria for acts, adding ‘90s staples such as Chesney Hawkes to the mix.

“After 10 years of putting on ‘80s acts, continuing to provide a line-up of artists the audience hasn’t seen before has its challenges,” said event manager Katt Alexander of promoter Broadwick Live. “How we can overcome that is to broaden our offering to artists who were influenced by the ‘80s, or whose careers started in the ‘80s but spanned hits into the ‘90s and beyond.

"By giving us a little bit more flexibility with the date stamping we can have a rich variety of artists on the line-up going forward. That is certainly, from the engagement we’ve had, something the audience is really excited about.”

Legends of the era such as Bananarama, Rick Astley, Jason Donovan, Boy George and Kim Wilde have starred at Rewind over the past decade. Previously run by Impresario, Rewind is now run by Global's Broadwick Live division.

“What we are hoping we can do is continue to keep that celebration of ‘80s music, which has influenced every decade since, central to our festival," added Alexander. "But we also want to try and create a more contemporary festival that is inclusive - that features family entertainment and has got a lot more choice of things you can get involved with.”

Subscribers can read Music Week's feature on the Rewind Festival in full here.