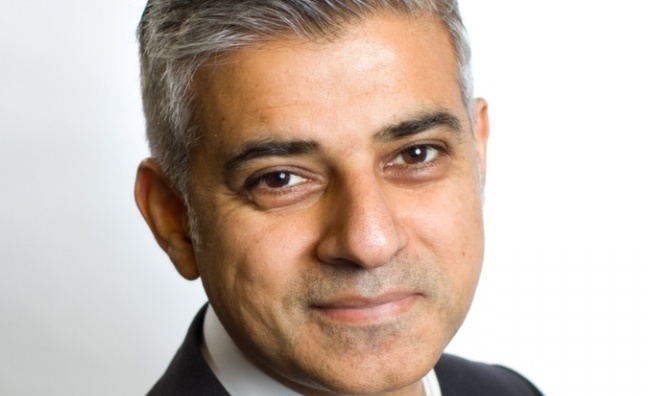 The campaign - Sounds Like London - forms part as the mayor's draft Culture Strategy - Culture for All Londoners, which is published today.

"Grassroots venues are the foundation of the capital’s successful music industry - they are the places where the stars of tomorrow hone their talent and build their reputation," said Khan (pictured). "These important venues need our support, which is why I’m delighted to announce Sounds Like London - a new summer campaign that will encourage audiences to visit their local grassroots music venue and promote the capital’s emerging musical talent.”

In addition to concerts and events, Sounds Like London will also shine a light on emerging talent and young women in the music industry. The campaign will involve partners including Airbnb and little concert, Boiler Room, Fabric and Music Venue Trust. The full programme will be announced in May 2018.

Khan has also launched new £1 million micro-grant programme Culture Seeds, which aims to bring bright ideas to life by supporting creativity in all of the capital's communities.

Culture Seeds will reach communities who don’t ordinarily access grant funding, especially individuals and smaller grassroots organisations working locally. Successful applicants will receive support from City Hall and will be invited to join the Culture Seeds Network to help them make the most of their project.

Culture and the creative industries contribute £47 billion to London’s economy every year and account for one in six jobs in the capital.

“I have invested more in culture than any other mayor because I believe in its transformative power," added Khan. "I will continue to support culture and the creative industries and today’s draft strategy sets out an ambitious plan to keep London at the top of its creative game.”

The mayor visited Battersea Arts Centre (BAC) with deputy mayor for culture and creative industries, Justine Simons, this morning to launch the programme and take a tour of the newly-refurbished building.