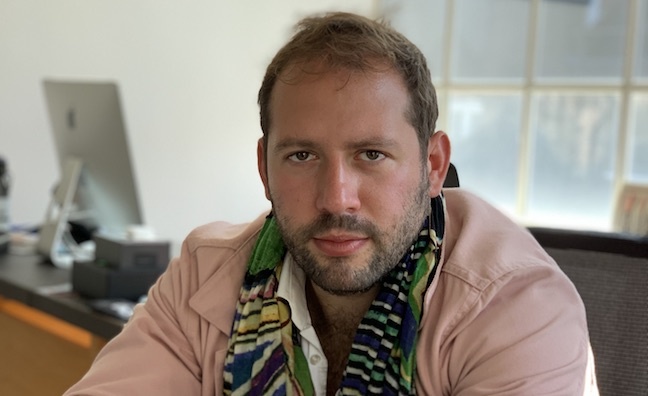 Live promoter Senbla has hired former MAMA exec John Empson and is preparing its first major US move as it targets further growth at home and abroad.

Empson, best known for Eden Sessions, Wilderness and Citadel Festivals as well as last year’s Legitimate Peaky Blinders Festival, will be responsible for accelerating growth in this side of the business, as well as supporting Senbla CEO Ollie Rosenblatt (pictured) in maximising potential across all verticals.

The appointment will also see Senbla promote and produce the 2021 season of the Legitimate Peaky Blinders Festival to be held in London next year.

Rosenblatt said: “I have known John for quite some time now – one conversation led to another and we found a great common ground and an area that could really be developed.

"The experiential side is clearly a huge growth area, marrying music and IP, entertainment and interaction. We see huge potential, as do our partners at Sony Music Masterworks with the exploitation of IP.”

Empson said: “I couldn't be more excited to join Senbla. Their ambition, creativity and enthusiasm is unmatched in this industry. With the backing of Sony we’re working together on ground-breaking new live formats, developing a major experiential arm and presenting a raft of original immersive events and festivals. There’s more to come "

Since Sony Music Masterworks' majority acquisition in 2019, the business has acquired Strawberries And Creem and The Cambridge Club festivals, alongside bringing live music to new outdoor venues including the Royal Crescent Bath and Chewton Glen in Hampshire. A further outdoor venue in Bristol will be announced shortly.

The new year will also see the London-based promoter enter the US market through its strategic alliance with artist manager Jonathan Shank’s Terrapin Entertainment.

Additionally in the US, Rosenblatt was also instrumental in Sony Music Masterworks' 50% acquisition of Broadway producer Seaview Productions. It sees a bigger step into the theatre world in the UK and US by Senbla as they will start to collaborate with Seaview on specific projects.

Rosenblatt added: “Although clearly 2020 has thrown up enormous challenges, what is clear is that this has given everyone a moment to reflect. The Senbla family has always been one of diverse productions, creative ideas and a huge appetite to grow. To develop and expand you have to be slightly uncomfortable. Therefore, more than ever we have to be inventive, broad and bold, pushing beyond what we consider to be the norm. The audience expects more from a live experience.

“Next year also sees our new venues come into play – the Royal Crescent is set to become one of the crown jewels in the touring circuit, particularly for international artists with its absolutely exquisite and quintessentially English backdrop as does Chewton Glen in the most stunning of settings next to The New Forest. Our foray into the U.S with Jonathan Shank is very special – he is someone I have known and admired for a number of years. The prospect of working together in a more cohesive way has always been something that has excited me so I am truly delighted we made this happen and for us to now formally be in business together.”

Mark Cavell, president of Sony Music Masterworks, added: “As Ollie has remarked whilst 2020 has presented unprecedented challenges for the live entertainment industry it has also enabled us time to develop new exciting shows and live experiences and also to seek and build partnerships with like-minded creative entrepreneurs. The public will want new and exciting forms of entertainment and experiences when some form of normality resumes and we aim to serve them.”