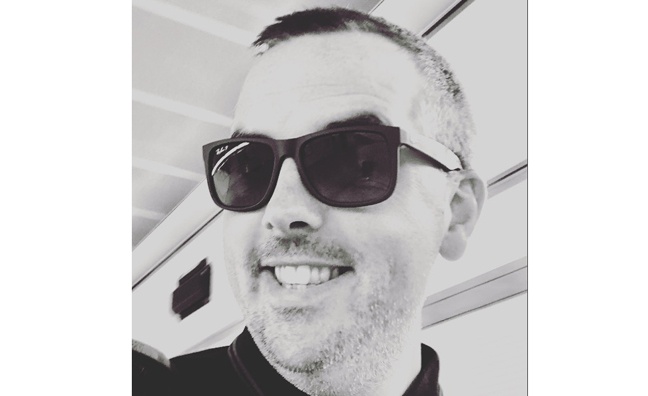 This week's Q&A is with Chris Roohan, head of A&R and marketing at New State Entertainment.

My entry point into the music industry was working with Paul Arnold at Fat! Records and club event Chew The Fat! It was here I first cut my teeth in A&R, signing my first two records by Soho Jo (aka Jody Jenkins, now an esteemed composer for film and television). My work at Fat! eventually led to my first full-time job in music, working with James Horrocks at Resist Music, the record company he set up after the closure React Music. At Resist, I worked as A&R and Marketing Manager on a range of cutting edge compilation albums, from Drum & Bass Arena - Mixed by Andy C & Grooverider, Carl Cox – Global, Café Solo with Jose Padilla, the Good Times series with Norman Jay MBE, and the seminal At The Controls series that featured four albums from James Holden, M.A.N.D.Y, Claude VonStroke, and Agoria.

I joined New State Entertainment back in 2008, so just over a decade.

I hope there will be greater preservation, protection and promotion of UK nightlife. The UK's long legacy of creating world-class clubs and their influence on the global music scene should be proudly celebrated. There should also be more recognition of the positive contribution of UK clubs to the economy, to communities, and to UK culture as a whole.

It's so difficult to pin that down to one highlight, so I’ll break it into two parts: In artist A&R, I signed and developed Disciples debut release Remedy EP in 2013. I worked closely with the band, helping to develop their first four songs: Remedy, Night, Vibe, Circles. I also helped develop their now iconic branding. I brought in Austin Daboh (now senior editor at Spotify) to plug the EP at radio, which resulted in strong ‘across the board’ tastemaker support, and the lead single Remedy was added to the 1Xtra playlist. Disciples On My Mind was the most played song on BBC Radio 1 in 2017. To see the band continue to grow, and go from strength to strength is amazing to see, and so well deserved.

In compilation A&R, I have curated many albums, and playlists, for leading brands such as Pure Garage, Pacha, Cream, Creamfields, and Godskitchen. Although my personal highlight is creating and curating the compilation album series Pure Deep House, which has over sold over 225,000 units across four albums. Pure Deep House 1 and 3 have also been awarded Silver certification, for over 60,000 sales each.

What's the best gig you've ever been to?

There have been so many highlights over the years, but the event that had the biggest impact on me aged just 15, was a Prodigy ‘all nighter’ at Brixton Academy on Saturday, October 12, 1996. This is not only the best event I’ve ever been to, it’s also now widely accepted to be The Prodigy’s best ever gig - with bonus points added for the stage collapsing during a heavy performance of No Good (Start The Dance)’. This was swiftly followed by a lively house party in Brixton, accompanied by two friends from Hampton School, complete with a DJ set by drum & bass heroes of the day, Spring Heel Jack. Good times!

New State Music release Summer Of Love a retrospective celebrating the summers of 1988 and 1989, and the birth of acid house, this Friday, July 27. The album has been curated by Paul Oakenfold, Nancy Noise and Colin Hudd.