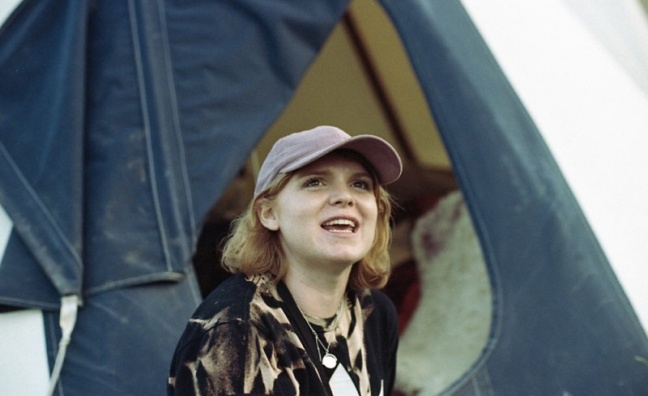 I decided against going to University, and after leaving college I set up my own business – Curlygig – promoting shows around Brighton. I started off by putting on mates’ bands in pubs, and went on to promote some amazing shows- including The Killers, Arctic Monkeys, Kasabian. As exciting as it all was, I soon learned it was a risky business!

My first proper job in music, was working with John Reid at JPR Management who I’d met when asked to scout for a label that he ran with Phil Barton (Rounder Records/ Sister Ray)- 515.

To cut a long story short, I had been given a demo by a band called The Maccabees, who had just moved to Brighton to go to University, and were looking for shows. I soon realised they had something special about them, and so started to help them out, even though I didn’t really know what I was doing! I gave the demo to John and Phil, they came to a show, and were also taken by their chaotic charm.

When John offered me a job, and to take the band on for management, it was an amazing prospect for us all. I still can’t thank him enough for that opportunity. He was a great first mentor in the business.

I have been at Goldenvoice/AEG Presents for three-and-a-half years now although I still refer to it as my new job! The time has flown, but I’m very proud of what we have done at Goldenvoice in that time, and excited for what’s to come.

Getting to work with artists you love from the moment you hear their first track, and watching them go from playing in a back room of a tiny pub, to selling out massive venues.

What is the one thing you would like to change about the live business?

So many highlights! It has always been a dream to book a festival, so being asked to book one on my home turf in East London was a huge compliment. I am hugely excited for All Points East, and with some of my favourite artists playing – I think the event this year may stand out to be the highlight of my career so far!

I am very lucky, and get to go to some incredible shows. I would have to say though, the most special show, would have to be the final Maccabees show at Ally Pally – and seeing how important a band they’d become in so many peoples lives- not just my own and our gang of mates in Brighton.