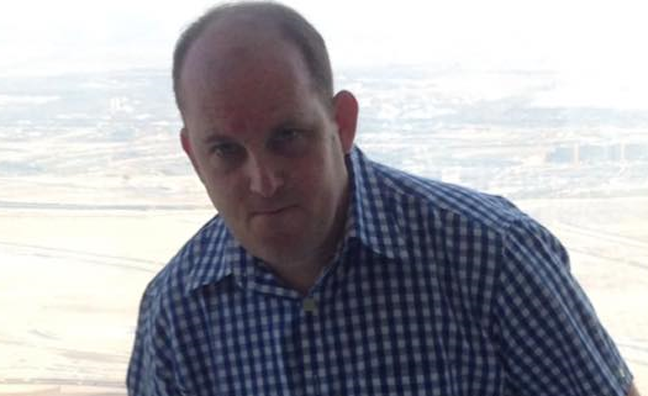 This week's Q&A is with Howard Thorpe, CEO and founder of Able2UK, which organises concerts to raise awareness of disability issues.

I guess I started back in 2001 when I launched Able2UK. The idea behind the initiative is simple yet effective - just because you have a disability you are still ‘Able2’ do anything. I support promoters giving advice to their accessible facilities at live music events such as festivals and stage annual concerts which gives disabled music fans who are unable to attend mainstream gigs the opportunity to see their favourite artists in a venue suitable to their physical requirements. I always wanted to work in the music industry, when I wasn’t successful applying for roles in my early 20s I decided to launch Able2UK and now I am extremely fortunate to have support from the industry where my heart has always lied.

In 2012, I staged the first Able2UK concert at the Camden Roundhouse with the support of Mags Revell, who now works at AEG, and James Whitting from Coda Agency. I managed to book Friendly Fires, Billy Bragg, Zane Lowe, Frank Turner, Mystery Jets, Steve Cradock, Miles Kane…and Kate Bush and my friend Mark Wahlberg sent messages of support. Last year’s event was staged in Glasgow with Geoff Ellis and his team at DF Concerts. The AMG/Live Nation accessible team did an amazing job converting the venue with an extended viewing platform for wheelchairs, a chill-out area for guests who needed their own space and BSL interpreters who signed the performances by the likes of Hozier, Kodaline and Prides. The night also featured messages of support from Sir Elton John and Wahlberg.

Receiving that email confirming I have an act for an Able2UK gig. I remember that message from Frank Turner’s agent - the first act I ever confirmed. I can remember that conversation with Denis Desmond shaking my hand confirming the booking for Hozier. I can’t describe how much it means to me. I am already working on the next Able2UK concert which will be promoted by Bob Angus and Metropolis Music and the BBC have shown significant interest covering the show for a second year. I have approached a number of acts already - just waiting for that confirmation from a manager/ agent so all the ground work I have already done can be put into practice.

I find it quite sad the increasing demise of printed music publications. Call me old fashioned but I prefer turning  physical pages opposed to swiping on my iPad. I think Mike Williams has done a fantastic job continuing NME as a free paper and I am an avid subscriber to Q. Phil Alexander, who has recently launched Planet Rock Magazine, may have taken a gamble, but it has certainly paid off - it’s a fascinating read but we need more music mags. I miss the days of Select and Smash Hits!

It has to be the Able2UK concerts. On a more personal level seeing my parents in the audience knowing I have done them proud. You can’t really beat something like that can you? After the last gig I received an email from a mother of a disabled son thanking me for staging the show as it was the first gig he could go to…That was really moving and has given me the drive to find a headliner for the next event.

It’s got to be between Live8 and U2 in Dublin. I saw the Irish band play Ireland this summer and ended up at their after-party in town. Bono and co. are my idols so to share a table with them, Noel Gallagher and Shane McGowan until the early hours was pretty special.