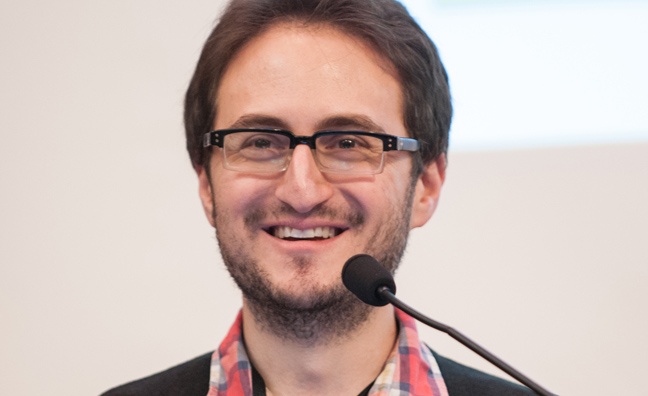 This week's Q&A is with Shain Shapiro, founder and CEO of Sound Diplomacy, global advisor on Music Cities, Music Tech and Market Development.

My first job in Canada was working at a record store, Sam the Record Man, when I was 14. Then I worked at a venue, then a festival, then a label. I remember being responsible for upselling the Broadway version of Lion King soundtrack when it came out. Not sure I was very good at it.

I founded my company, Sound Diplomacy, in 2013 so it’s been five and a bit years. Some of the work we did in the company I did as a freelancer before I set-up the company, so it’s probably been seven or so years in total.

I like the diversity of the business and its adaptability. I do believe that it does, somewhat reluctantly, welcome innovation and new ideas. But when it does, the industry’s competitiveness and closeness forces those to keep creating. It never settles in my world and I like that.

It short terminism. In our work we’re engaged with developers and cities that are planning things five, 10 and 15 years into the future. We want music to be a part of that but often when we speak to colleagues, they don’t care about what’s happening in six months. It’s hard to engage with the way our world - literally - is changing, with that mindset.

We have now worked in every continent, delivering music strategies for a number of governments, cities and developers. I was part of the team of wonderful people who helped develop the Night Czar role in London. There were a number of us and I played a small part, but I’m very proud of being part of that change to legitimise and recognise the value of London’s evening and night time economy. I’m also proud of the work done to stem the flow of music venue closures in London and the fact that we’ve developed a music policy for the United Nations, which is the first time that’s ever happened.

What is the best event you’ve ever been to?

Kate Bush at Hammersmith Apollo. It was an out of body experience.