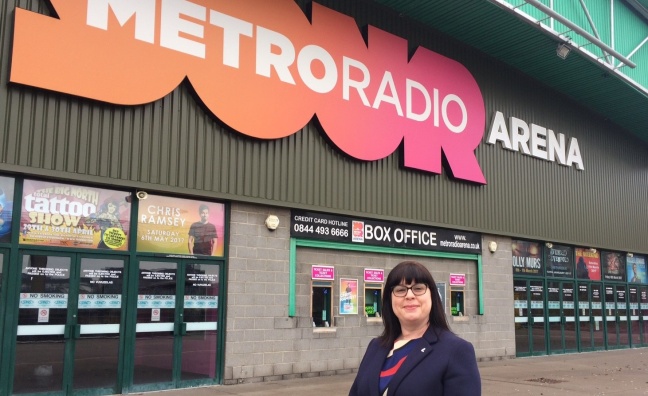 Mitchell previously spent eight years at the helm of Kings Place, London, while Oliver (pictured), who joined SMG Europe in 1995, moves to Metro Radio Arena after four years as deputy general manager of its SMG stablemate in Leeds. Prior to this role in Leeds, she was director of Playhouse Whitley Bay and Newcastle’s Journal Tyne Theatre.

John Sharkey, EVP of SMG Europe, said: “I’m delighted to announce both appointments as SMG Europe continues to grow its stronghold in the north of the country.”

Mitchell will begin her new position in May, replacing the departing Ben Williams, whereas Oliver begins her new role with immediate effect, replacing Paul Tappenden who retired last year.

Manchester-based SMG Europe is the largest operator of sports, entertainment, conference and exhibition venues in the UK and Europe. Its other venues include Manchester Arena and Odyssey Arena Belfast, while it has been awarded preferred bidder status for Scotland's new AECC in Aberdeen and Hull's new 3,500-capacity venue. In partnership with Live Nation, it is also set to manage the new Bristol Arena.