Steve Sayer named VP and general manager of The O2 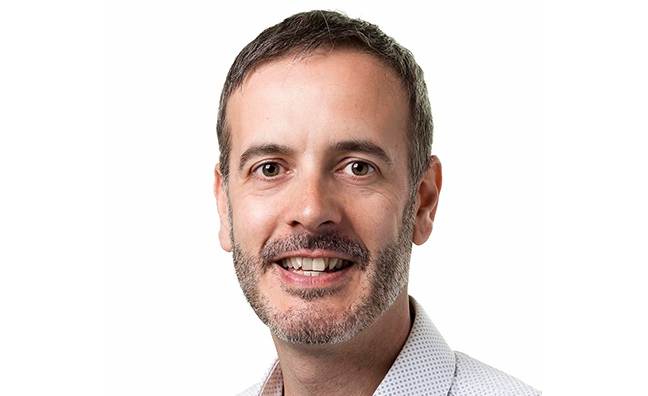 In addition, operations director Danielle Kennedy-Clark has been named deputy general manager of the venue.

Also announced is the appointment of Gavin Brind, previously deputy finance director, to the role of finance director for The O2 and The SSE Arena, Wembley, replacing Paul Reeve who was recently announced as the new chief financial officer of AEG Europe, which owns and operates the venue.

Langford said: “I’m delighted to be announcing that Steve, Danielle and Gavin will be leading The O2 from January. Their combined experience in managing this incredible venue, working alongside the senior leadership team means that the world’s busiest arena will continue to flourish.”

Sayer (pictured) joined The O2 in 2014 as commercial director, overseeing ticketing operations, merchandising, food and beverage and corporate sales along with securing exhibition content and overseeing Up At The O2, the roof walk attraction over the venue. Prior to joining AEG Europe, Sayer was operations director for Manchester City Football Club.

He said: “The O2 continues to set the benchmark for the music and entertainment industry in every respect. I’m excited to be leading the venue as we further develop the customer experience and our programme, finding new ways to delight the millions of fans who visit The O2 every year”.

Kennedy-Clark has worked at The O2 since 2010 when she joined as venue manager, responsible for driving the events and operations teams, before being promoted to operations director in 2017. She has worked for AEG for 11 years with roles at the David Beckham Academy located on the Greenwich Peninsula before moving to The O2. In the new role Danielle will be responsible for all site-wide operations including security, event delivery, and food and beverage operations, working closely with catering partners Levy Restaurants.

"The O2 is a truly unique and incredible venue, and I’m proud to be taking on the new role of deputy general manager," said Kennedy-Clark. "We have a fantastic team making every event a success, and I’m looking forward to continuing our focus on delivering unforgettable experiences for all visitors to this iconic location.”

It was announced last week that Paul Reeve, currently finance director of The O2 and The SSE Arena, Wembley, is to become AEG Europe's chief financial officer and Emma Bownes, currently programming director, will take on the newly created role of VP of programming across AEG's European venue portfolio.