Such a lovely place... Eagles to perform Hotel California in full at Wembley Stadium in 2020 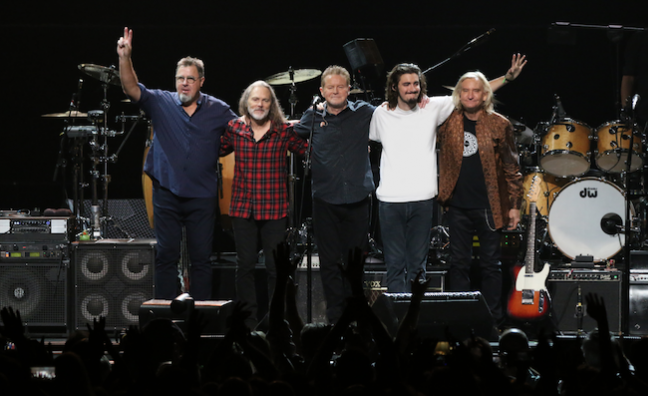 The Eagles will play Hotel California in full at London's Wembley Stadium next summer.

The only European dates on the band's 2020 world tour will take place on August 29 and 30.

Along with the album performance, the group – which features Don Henley, Joe Walsh and Timothy B Schmit, with Deacon Frey and Vince Gill – will also play a greatest hits set.

The shows were the first time the Eagles had before the record in its entirety and featured 77 musicians onstage, including a 46-piece orchestra and a 22-voice choir.

Last year the Eagles' Their Greatest Hits 1971-1975  passed Michael Jackson's Thriller to become the best-selling album of all time in the US.