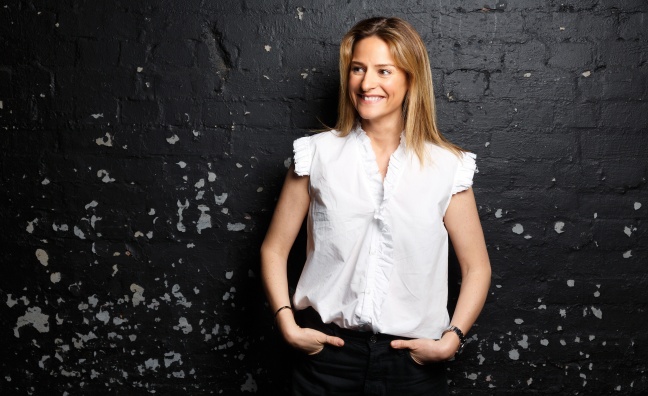 Following her triumph at the Music Week Awards, where she was named Live Music Agent of the year, Lucy Dickins is making the move from ITB to WME as head of the company’s UK music division.

But while Dickins is known for superstar artists such as Adele and Mumford & Sons, she has told Music Week that her mission as a live agent is all about breaking artists.

“All of my artists, I’ve broken,” she said. “I’ve had them all since day dot, I’ve signed all my own artists and I’ve had them all forever. That’s what I’ve enjoyed doing, that’s the bit I enjoy more than any of it. Keep the small venues going!”

As well as tipping King Princess and MorMor for live success, Dickins singled out Rex Orange County for a big year. The indie artist has lined up a Glastonbury slot.

“I’m very excited about him,” she said. “He’s gone up to Hammersmith Eventim Apollo, we’ve got shows coming up for the end of the year.”

At ITB, Dickins’ clients include Adele, Mumford & Sons, Laura Marling, James Blake and Mabel, who will now be represented by WME globally. Other acts including Hot Chip, Bryan Ferry and Jamie T are expected to join her at WME.

Despite speculation about an imminent Adele return, Dickins downplayed the prospect of live activity.

“Adele’s writing, we’re definitely not in a [touring] situation yet,” she said.

Dickins credited her Music Week Awards triumph to the “amazing artists I work with – Mumford & Sons would have been key on that one in 2018”.