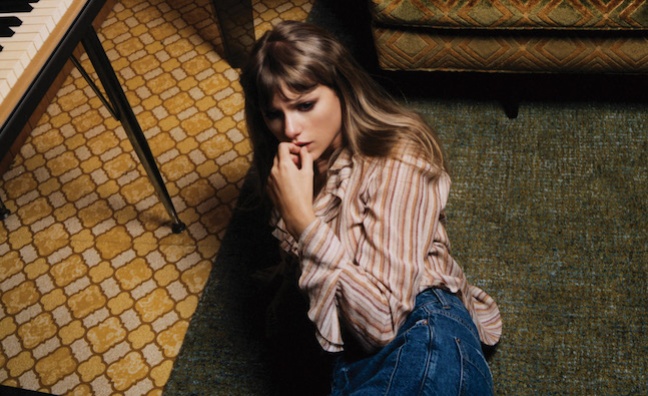 Taylor Swift has spoken out following the cancellation of the public ticket sale for her 2023 Eras tour.

Ticketmaster was due to launch the public sale for the US tour today (November 18) but that was pulled after the pre-sale process ended in chaos.

Huge demand led to Ticketmaster’s sales system crashing and lengthy delays for fans, who waited for hours for the opportunity to buy tickets for the stadium shows. Following complaints, the company announced on social media that it was suspending the public sale.

Taylor Swift fans were able to pre-register as Verified Fans before the sale. More than two million tickets were sold during pre-sales on Tuesday (November 15), the most ever sold for an artist in a single day by the Ticketmaster platform.

Due to extraordinarily high demands on ticketing systems and insufficient remaining ticket inventory to meet that demand, tomorrow's public on-sale for Taylor Swift | The Eras Tour has been cancelled.

Taylor Swift has now addressed the ticketing Meltdown in an Instagram Stories post: “Well. It goes without saying that I’m extremely protective of my fans. We’ve been doing this for decades together and over the years, I’ve brought so many elements of my career in house. I’ve done this SPECIFICALLY to improve the quality of my fans’ experience by doing it myself with my team who care as much about my fans as I do. It’s really difficult for me to trust an outside entity with these relationships and loyalties, and excruciating for me to just watch mistakes happen with no recourse.

“There are a multitude of reasons why people had such a hard time trying to get tickets and I’m trying to figure out how this situation can be improved moving forward. I’m not going to make excuses for anyone because we asked them, multiple times, if they could handle this kind of demand and we were assured they could. It’s truly amazing that 2.4 million people got tickets, but it really pisses me off that a lot of them feel like they went through several bear attacks to get them.

“And to those who didn’t get tickets, all I can say is that my hope is to provide more opportunities for us to all get together and sing these songs. Thank you for wanting to be there. You have no idea how much that means.”

Due to unprecedented demand, Taylor Swift recently added 17 dates to the US tour for a run of 52 shows. It follows the global success of new album Midnights and lead single Anti-Hero, which remains at No.1 in the UK. 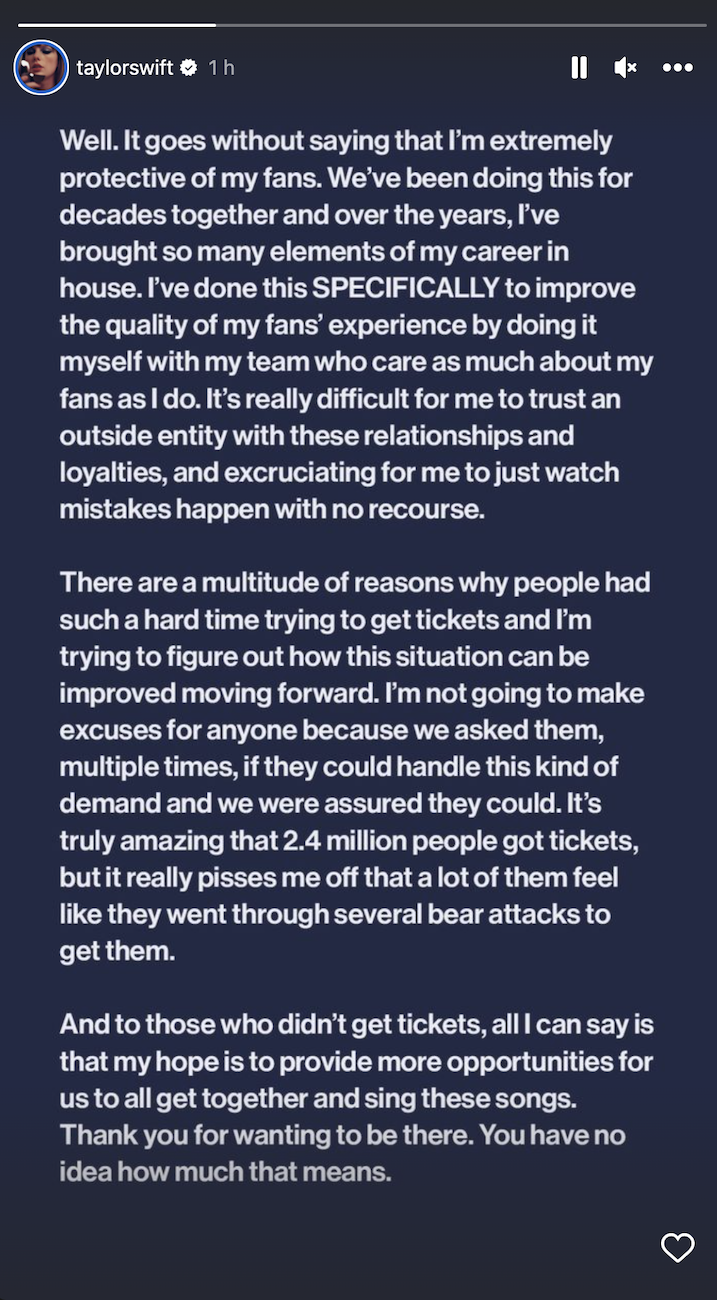