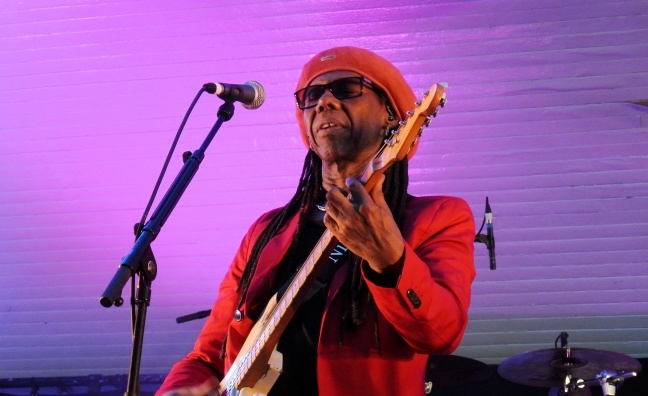 Teenage Cancer Trust at the Royal Albert Hall has announced its final headline acts for 2018.

UB40 Featuring Ali, Astro & Mickey, Nile Rodgers & Chic, The Who's Roger Daltrey, Def Leppard and An Evening of Comedy hosted by Russell Howard complete this year's line-up, joining the previously announced Courteeners and Kasabian. The fundraising shows will run from March 19-25. Tickets go on sale at 9am on Friday.

"These incredible shows have played a vital role in making sure the charity can provide specialist support to young people with cancer across the UK, but for every young person Teenage Cancer Trust currently supports, there’s another they can’t. The artists who play these shows and the people who come along to see them will help the charity take big steps towards being able to support every young person who needs them.”

"This year’s line up is as varied as ever with our good friends Kasabian making a welcome return as is UB40. Chic featuring the incomparable Nile Rodgers will be making their Royal Albert Hall debut, and The Courtneers will be playing a one-off London show celebrating the 10th anniversary of their debut album. There will also be a special show from me and my band featuring Who hits as well as some songs the Who never played live. Rounding off the week will be Sheffield’s finest Def Leppard playing their first UK show in three years.”

More than 235 artists and comedians have played Teenage Cancer Trust at the Royal Albert Hall since 2000, raising over £27 million for young people with cancer.

Last year included the 100th Teenage Cancer Trust at the Royal Albert Hall show, performed by The Who. There were also performances by Ed Sheeran, Olly Murs, Paul Weller, Pet Shop Boys with the Royal Philharmonic Orchestra, a night of comedy hosted by Romesh Ranganathan, plus surprise guest appearances by Michael McIntyre and Noel Gallagher.

This year’s shows are supported by headline sponsor Aldi, which is aiming to raise £5m for the charity, alongside associate sponsors American Airlines and Tangle Teezer.