'The best I've ever worked with': Glen Rowe on life on the road with Muse 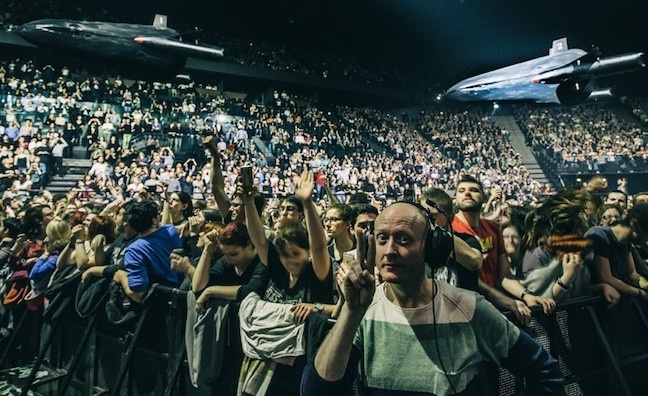 As exclusively revealed in the latest issue of Music Week, Glen Rowe has finally come off the road after 18 years with Muse as tour director to launch a new charity, the Neko Trust, to support young bands in the live business.

As Muse release new single Something Human and confirm an album for November, Rowe looks back on his life on the road with the band he’s seen become a spectacular stadium act…

How have you enjoyed working with Muse for almost two decades?

It’s cheesy to say this but it has been an absolute honour, because the thought process from inception to completion within those three boys is amazing. They are such lateral thinkers and they never want anything but a challenge – it’s the fuel that fires their rocket ship. They are innovators and they will never stop innovating and pushing the boundaries. They are people who never want to slow down or be normal.

Will they continue as a major touring act?

Absolutely. One thing I’ve learnt is that nobody is irreplaceable, and with a machine as big as Muse we’ve gone through lots of staff changes over the years. They’ve got a hunger, that’s what keeps them at the top of their game. I know I won’t be missed! They are futurists in its purest sense.

Do you have proud memories of life on the road?

Favourite show: War Child, Shepherd’s Bush Empire [2013], that was magical. It was the first time they played Dead Star in a long time, so it was cute seeing grown men cry when they heard the band playing a song they thought they would never play. There were no video screens or pyrotechnics, it was three guys turned up to 11 and just showing everyone they don’t need anything else. All the other things they’ve done are to enhance [the performance], but the three boys on the stage is another level of emotion and they hadn’t done that in a long time. The Glastonburys have all been amazing, Rome was incredible when we did the DVD for The 2nd Law, because we had actors. People say Muse are theatrical so we said, ‘Let’s put theatre into it’. Then on the Drones tour we created something technically brilliant and terrifying, so I think that will be my proudest memory.

How well did the Drones tour film, which was shows in cinemas this month, capture that experience?

Brilliantly. Everything about that tour was about pushing the boundaries and really trying hard. If I had any hair left on my head, it would have all fallen out by then.

How can Muse stay on top?

When will they be back on stage?

It won’t be long. It will be nice going to see them as a punter – I’m actually going to buy a ticket.

To read Music Week’s exclusive interview with Glen Rowe on the Neko Trust pick up the latest issue – or subscribers can click here. To subscribe and never miss a big industry story click here.