The inside story on David Bowie's Glastonbury 2000 show 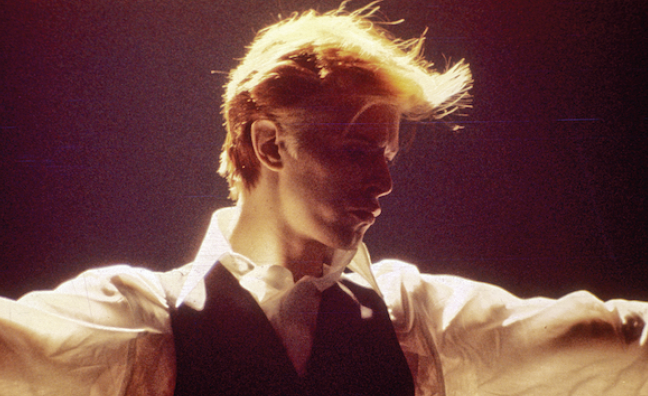 Music agent and promoter John Giddings has given the inside story on David Bowie’s legendary Glastonbury performance in 2000.

Giddings, who had worked with the music icon since promoting his Glass Spider shows at Wembley Stadium in the 1980s, claimed that the festival’s organiser Michael Eavis was initially not keen on having Bowie headline the event.

"David was doing a drum and bass tour which was not the most interesting performance and came up with the genius idea that he should play Glastonbury, so invited Michael Eavis,” Giddings told interviewer David Stopps of Friars Management. “It was at the [London] Astoria, and Michael walked out halfway through saying it was the most boring thing he had ever seen, so we didn't know what to do about that.

“We had The Spice Girls playing Manchester the next day and [Edwards] introduced me to the guy from The Sunday Times who said, Have you got any gossip? And I said, Well, Glastonbury are begging David Bowie to headline. Michael was bombarded with phone calls!”

Edwards interjected: "By the end of the day, Michael Eavis was very much, Oh, we always wanted Bowie! It went quiet for about three days and we were very nervous. And then I got this message from David and it said, You naughty boys, don't ever do anything like that again. Thanks though!”

Giddings added: “We got the gig and he reinvented himself, he played all of the hits and dressed up like Hunky Dory."

Featuring songs such as Changes, Life On Mars?, Ashes To Ashes, Rebel Rebel, Starman and Heroes, the show went on to become one of the most famous of Bowie’s career.

“When you work with someone really good you just have to up your game,” noted Edwards. “His attention to detail was amazing. You could never bluff him; you had to be absolutely precise because he'd always know when you weren't being straight.

“He was great to work with because he was always engaged. He was never really cynical, never negative. He was someone who, to use the Iggy phrase, had a lust for life. He was always full of enthusiasm for the next project. You can't get better than that. It was really an adventure.”

“He was incredible,” added Giddings, who works with the likes of Madonna, The Rolling Stones and U2. “I don't think there'll ever be another person of that ability.

“He made us better at our jobs. He was hilarious, he'd always take the piss, but he always demanded a certain level from you."

The Summit was followed that evening by the Live Music Business Awards at the same venue, where Giddings received the Outstanding Contribution award from Sharon Corr of The Corrs, one of his clients. Iggy Pop and Pharrell were among his other acts to send video messages. Giddings' Isle Of Wight Festival also claimed the Best Festival (cap.40,000+) prize.