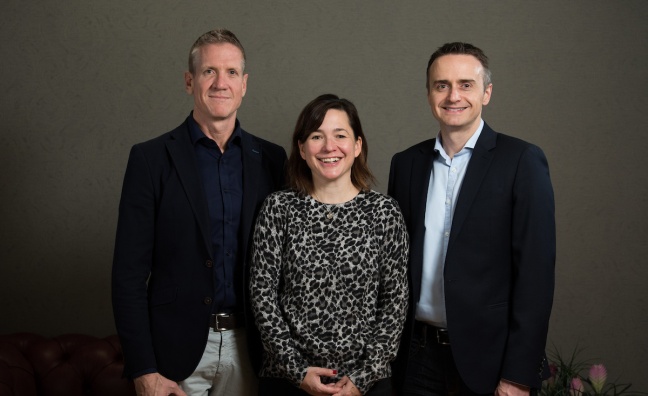 The O2's VP and general manager John Langford has been named chief operating officer of AEG Europe as part of a trio of new appointments at the company.

Paul Reeve, currently finance director of The O2 and The SSE Arena, Wembley, is to become AEG Europe's chief financial officer and Emma Bownes, currently programming director, will take on the newly created role of VP of programming across AEG's European venue portfolio.

Their appointments follow the recent news that Alex Hill will take over as president of AEG Europe from the turn of the year.

Hill said: “I’m looking forward to working closely with John, Paul and Emma in continuing our vision of excellence across our portfolio of European venues and other live entertainment and sports properties”.

Langford joined AEG in November 2016 and has been responsible for the continued growth and success of the world's busiest arena, which last year celebrated its 10th anniversary. Prior to joining The O2, John was director of live entertainment for the Scottish Event Campus in Glasgow. His new role will be based at AEG Europe’s King Street HQ.

Langford said: “We've got amazing venues and superb people across the AEG global family, and I'm really proud that I can continue to play a key part in delivering on our vision to give the world a reason to cheer."

Reeve joined AEG over five years ago, as the financial director of The O2 and The SSE Arena, Wembley. He has been responsible for driving the financial and commercial success of the two venues, financing key development projects such as ICON Outlet, the premium shopping outlet at The O2, and UK wide AEG corporate affairs.  Prior to joining AEG, he held senior European finance roles in media at Dentsu Aegis and WPP plc

“I’m hugely excited by this opportunity to shape the business priorities and commercial growth of AEG Europe alongside Alex and the talented European management team,” said Reeve.

Bownes, who was recently featured in Music Week’s Women in Music Roll of Honour 2018, has worked for AEG Europe for eight years, programming, developing and curating content for London’s two largest arenas. She most recently programmed a run of shows to celebrate The O2’s 10th birthday which included performances from Ed Sheeran, Foo Fighters, Alt-J, Celine Dion and Jamiroquai. She will remain based at The O2, starting the new role from January 2019.

Bownes said: “It’s an honour to be recognised in this way by AEG and I’m looking forward to focussing on programming across all of our venues in Europe. With the way European touring is developing this is a brilliant opportunity for us to be joining forces and making planning simpler for our promoters.”