"This is historic": How SJM united Wu-Tang Clan, Public Enemy and De La Soul for the upcoming Gods Of Rap tour 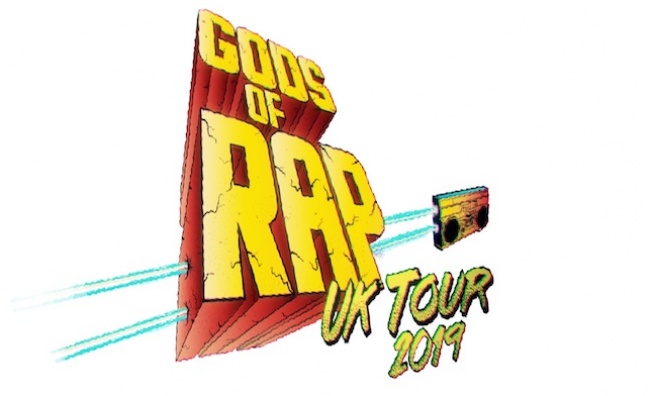 Last week, Wu-Tang Clan, Public Enemy and De La Soul  confirmed they will be playing three very special UK arena shows together in May 2019. The events – promoted by SJM – will see the groups perform at The SSE Arena Wembley in London on May 10, Manchester Arena on May 11 and Glasgow The SSE Hydro on May 12.

The dates – billed as the Gods Of Rap – will also be hosted and presented by the legendary DJ Premier.

Where did the original idea for Gods Of Rap come about?

Chris Wareing (promoter, SJM): “Gods Of Rap came to me when I had clarity during Summer 2018. I don’t live in London or Manchester, so I don’t have the strangulation of the ‘industry’ or major city life around me 24/7. When I go home, I go home. Living where I live allows me the space to think, get clarity and decompress from all of the other tours I am working on in the office. I can put my headphones on, take a long walk and think.

"In this industry it’s very difficult to find time to take a step back and think. Clear thought is one of the foundations of success. I was out pushing my new born son in his pram with one of my classic hip-hop/rap playlists on, zoned out from the world and back to back played Wu-Tang Clan, Public Enemy, De La Soul, Jurassic 5, Gangstarr and a few others. I just thought, imagine three or four of them playing on the same bill. I confirmed the last act the night before the announcement. All of the adverts were booked so it’s a good job they confirmed!"

To your knowledge, has a show like this ever been tried on this scale in the UK before?

"In terms of hip-hop and rap, I don’t believe anything like Gods Of Rap has been done in the UK before on this level. Some tours make money, some lose money but very few leave a legacy. It’s very important for me when dealing with artists of this stature to allow them to build on their legacy rather than detract from it with sub-par touring."

Gods Of Rap II is already in the works featuring some more legendary names. Watch this space…

So what makes now the perfect time to do it?
“I live hip-hop. I am an encyclopaedia of my genre and was well aware that a number of groups had anniversaries of their biggest records around the end of last year and into this year. I got home, went straight to my home office, grabbed each record from the rack and checked the dates of release and confirmed the pattern in the dates. We live in a disposable world and unfortunately, it’s got to the stage where people want to be seen at a show rather than see a show. I think this tour shatters that ideology. This one is for the fans.

"The reaction to the tour has been huge. I don’t really do ‘the internet’ but from the feedback I’ve seen, people are calling this a once in a lifetime opportunity. I am told people are planning to fly in from all around the world to see these concerts – even talking about going to all three. The groups all have notable anniversaries but more importantly, they all changed the world with their music. They certainly changed my world."

We see arena tours from new-ish rappers all the time, but rarely get to see legendary ones take their shows to this scale. Was that part of the appeal to you and the groups?

"I only work with artists I am a fan of, so I put this tour together first and foremost as a fan. The strange thing with this tour is that I had tour artwork before I had even approached any of the acts about playing shows. I needed them to see my vision on a poster when I approached them with my idea. When you put Wu-Tang Clan, Public Enemy and De La Soul’s logo’s together on a piece of paper and have DJ Premier glue it all together it affects people in an incomparable way, whether they are the artist, agent, manager or fan. It’s very hard for anyone to turn down an offer to be a part of a line-up like this when you see this on paper and my thinking is that it will be hard for fans to turn down this opportunity to see this in the flesh.

"I approached Wu-Tang’s International agent with Gods Of Rap and he loved it straight away. I actually think his first reaction was, ‘Are you mad, that looks like a headache, but it could be amazing’. Luckily, Cameron [Kaiser at CAA in New York] and I are friends and have worked together for many years, so we have a huge element of trust in each other’s judgement. I sent him the tour poster which connected with him immediately as I thought it would. RZA and the Clan loved the idea. The idea then got passed onto Public Enemy – Chuck was in straight away. Before I sent the final offer out to the 3rd act, I thought there needed to be some glue, something to hold the whole thing together each night and someone who is equally as legendary to almost act as a host and create a vibe that fits the show perfectly. Enter the legendary DJ Premier. De La Soul were the 3rd piece of the puzzle and we announced the next morning at 10am.

If you think the Brexit negotiations look like hard work, trust me when I say that getting three of the biggest rap groups of all time on the same bill was challenging

"Early on, the more I thought about the tour, the more I thought about the brand ‘Gods Of Rap’ and how it could be developed and expanded. I trademarked and copyrighted the Global rights to Gods Of Rap and many similar names (Kings, Legends etc). I bought the IPO, web domains and so on. I had ultimate protection of the brand before anyone had heard about it, that’s how confident I was in it. I created some incredible assets with the help of Dominic Foster who is a forward-thinking designer and illustrator from Liverpool, alongside Mark Abbot, a marketing wizard at SJM who is from a very similar school of thought to me and more importantly, a fan of hip-hop. I called Mark and had a huge brain explosion on how I wanted the assets to look. I told him what I wanted to do, and I could hear the excitement in his voice straight away.

"A day later, the art I envisaged came back to me near perfect – we haven’t made many changes since. Dom and Mark understood my vision straight away and understood the visual importance of the tour. The next day, the art was sent to Wu-Tang with the idea of them being the first headliner of the first Gods Of Rap tour. We have also created an incredible trailer featuring animation and voiceovers from RZA, Chuck D, POS and DJ Premier – which will go out this week before the on-sale.

"We now have three UK Arena shows and there are a number European Arena shows held, plus a lot of global interest in both the brand and line-up. The European shows have licensed the Gods Of Rap brand from me and have full use of all the incredible assets we have built.

"The final piece of the jigsaw was the addition of the UK’s leading streetwear brand Size? to sponsor the UK tour. It’s the perfect demographic for both parties. They share my passion and love for rap music and streetwear which go hand in hand with this tour and the artists involved.”

How did you choose the line-up?

“The line-up chose itself. I listen to rap music all day every day. How could I not have three of the biggest and best groups to ever do it for the first Gods Of Rap?! The line-up has kicked the door wide open. This tour is not nostalgic it is historic and that was important for me.”

Logistically, how hard was it to get them all together on same bill at same time?

“I don’t think there is a more poignant lyric that’s more relative to this tour than at the start of ‘Da Mystery Of Chessboxin’ – ‘A game of chess is like a swordfight’. If you think the Brexit negotiations look like hard work, trust me when I say that getting three of the biggest rap groups of all time on the same bill was challenging – Wu-Tang Clan alone have nine different managers. It was important to me to create incredible assets to run alongside the announcement and on sale, so balancing the requests to the artists for those whilst trying to get confirmations was time consuming and tricky too. The time differences alone from UK, to NY & LA and back is a struggle at the best of times, so I knew it was going to be tough."

As a package, what do you think this bill of groups do together they can’t do individually?

“I think the package and reaction speaks for itself. Putting these groups together isn’t really about what they’re worth individually, it’s about the impact of the package and the brand. This tour creates a legacy – it’s a moment. The groups are the biggest in their genres, they’re all celebrating notable anniversaries of their biggest albums and I am led to believe this is the first time they have all been on the same bill together. Whether we sell 1000 or 10,000 per night it’s important to kick the door open and create something special that leaves a legacy and gives incredible value for ticket buyers. Alongside the many other artists and tours I promote, the recent work load has been unprecedented. I promised myself it’s the only Gods Of Rap tour I would work on for the foreseeable future… However, word spreads fast and it seems a lot of people love the idea. Gods Of Rap II is already in the works featuring some more legendary names. Watch this space…”