'This may be the end of the touring festival': Vans Warped Tour boss Kevin Lyman on the end of a punk rock era 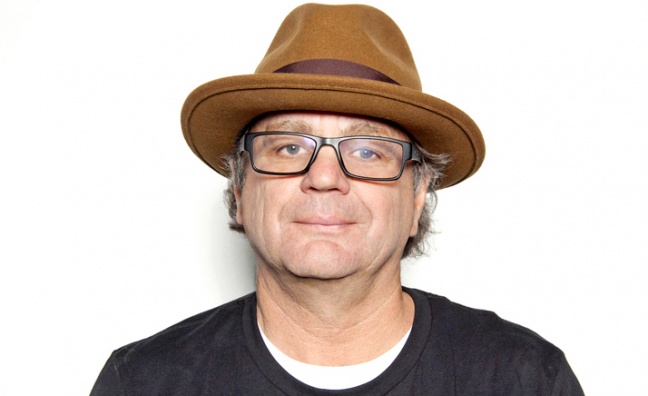 If you want to know how long Kevin Lyman has been running the Vans Warped Tour well, he literally remembers when it was all fields round here.

Music Week caught up with Lyman – founder and operator of 4Fini, the live event production and brand strategy firm behind the legendary travelling US punk rock festival – just before Vans Warped played its last ever date, at West Palm Beach in Florida on Sunday.

A few days earlier, he was in Noblesville, Indianapolis pointing out to Music Week that there were “a lot of cornfields around” the site.

“A lot less than there used to be though,” he smiled wryly. “When I started coming here twentysomething years ago, there were cornfields as far as you could see, but it’s kind of built up around here now.”

And it’s not just the agricultural landscape that’s changed during VWT’s 24 summers on the road. The musical one has too, with Warped’s stock-in trade of punk and alternative rock moving first into, then ever-further from the mainstream.

That has made things harder in recent years, although Lyman said the farewell tour – featuring Warped stalwarts such as Pennywise, All Time Low and Simple Plan, plus a smattering of UK hotshots such as Don Broco and Yungblud – had been “crushing it” at the box office. So, as the world-renowned festival prepared to bow out from touring forever – although some sort of 25th anniversary celebration is promised for next year – Lyman sat down with Music Week to look back at the event that broke dozens of bands and transformed the festival landscape in the US…

Is it strange to be visiting so many places for the last time?

Yeah, although it hasn’t sunk in. You’re flying along, and then all of a sudden you realise it’s going to be the last time. Like in Milwaukee, the beautiful sunsets over the water… The nice thing is, we’ve gotten lucky. I keep going back to the weather, but usually by now people are pretty exhausted and they’re hiding in their buses for the rest of the day, but you can tell everyone just wants to hang out. And the evening hangs have been really good. Everyone’s out of their tents, and people get together and start telling their old Warped stories. Because we have a line-up that’s been around! This line-up, almost everyone out here, has done multiple Warped tours.

Was that because they all wanted to come back for one last ‘punk rock summer camp’?

I think there was that, but also they were the bands I wanted to do it with. They were the bands I knew would be good to do this last tour with, the people I like to tour with and hang out with. And probably in my mind, they were also the people who I wouldn’t expect any trouble out of! We all hang out; we’ve all grown up together. They’ve watched my kids grow up, who are now both working on the tour, and they’re now all talking about their kids and photos and families are showing up. It’s definitely changed since we started doing this in 1995!

How has the decision to make Vans Warped 2018 the final tour gone down with people?

Fifty per cent of the fans are coming because it is the last one. It’s definitely stirred up an emotion in people, it’s made it a priority for people, because they can’t say that they’ll go next year and go to another show this year instead. So, we’ve seen a lot of people wearing the old T-shirts, bringing old photos of each other and talking in the lines. Everyone shows up so early to a Warped Tour, we’ve already got a big line this morning and it’s only 9am right now. It definitely was an important thing in people’s lives at a certain point, maybe it’s not a priority right now, but it became a priority being the last one again.

Are you regretting the decision at all?

No, absolutely not. The only time I get emotional sometimes is when I hear a kid’s story; you hear how the tour was their highlight while going through surgery or health issues, and how important it was and how they’ll miss it. But I don’t regret the decision myself personally in any way.

No, not at all! Really, Warped Tour was supposed to be a one-year thing, and I was going to go be a school teacher or something. The ironic thing is that now, 24 years later, I’ve taken a professorship at the University Of Southern California, that starts 10 days after the tour.

So it finally came true?

Yeah! A little delayed development in my life – I’m not going to be riding around in the middle of cornfields directing kids and trying to get a show up! But it’s ironic in the way that this now is going to be one of the next steps I do, as well as the branding and marketing company that we have which is so busy anyhow. I think I’ve done everything I can in this format; I have nothing to prove with this anymore. We had a rough year last year. There are a lot of people writing about diminished ticket sales – last year was our only really diminished ticket sales year, it was just a very weird year. And now we’re looking back and it and thinking, how did we screw up something so bad in year 23? We had a horrible routing, we had the worst weather – which you can’t predict – it was just a weird, off year. But then this year comes back, and I think it’s going to be our second largest Warped Tour ever – we’ve sold half a million tickets already.

Have you had any offers from people to take over the running of the tour or buy it off you?

Absolutely – but that would be a cop out. To take some money and walk away from something that you’ve put your heart and soul into? Despite what people might think, 90% of what we do at Warped Tour is not about making money, it’s about building a community. Yes, I have to be fiscally responsible and it’s a lot of moving parts, but all the non-profits, all the things we do out here, 90% of it has been about building a community.

Will the brand live on in some way though?

Yes – I think we’re going to have a couple of 25th anniversary events next year. We’re looking at a July 4 weekend maybe on the East Coast, and something in August on the West Coast. And then after that – who knows? I mean, we play 48 cities in the States, so it doesn’t have to be a standalone. We could have a Warped reunion tour in any city of those 48! Or maybe I’ll take my first summer off after Lollapalooza and Warped for 27, 28 years and go travel the country with my wife and see all these places that I had to pass through and move on from.

Will we ever see anything quite like Warped Tour again?

I think this may be the end of the touring festival. Doing this many shows… There are so many different things now between security and insurance and the trucking laws – all these things that people really don’t know were on my list of reasons of why this might be coming to an end! It’s a big country over here and it’s getting harder to move a show around the country in this way. And we have to play everyday – that’s why we’re doing 20 in a row, to make the finances work for everyone. I’ve had such a wonderful time doing this and I’m so honoured – but it’s time to move on.