'Those were the days!': Four classic Neil Warnock tales from the early years of the live biz 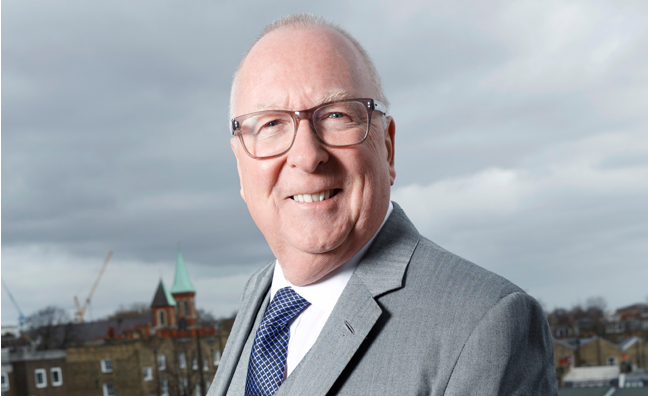 Over five decades, UTA’s global head of touring has also worked at South Bank Artists, NEMS, the Bron Agency and his own The Agency Group, which he sold to UTA in 2015. And – as the 2015 Music Week Awards Strat winner reveals in this week’s Music Week cover story celebrating his incredible 50-year career – he’s seen the business develop from the days of Transit vans and pub gigs to private jets and stadium shows.

Unlike some biz veterans, Warnock constantly likes to look forward – as his pioneering work with UTA’s digital unit and successful mentoring of younger agents shows. He’s already told us how he sees the future of the live biz. But, to celebrate this week’s special print edition of Music Week, we also persuaded him to tell us a few cracking yarns from the early days of the live biz. So, here are four classics from the Warnock vaults…

1. THE ONE ABOUT DEEP PURPLE

“I was talking to Derek Nicol from Flying Music and, in 1968, I sold him a run of dates for Deep Purple. It was either £240 a show or £140 a show – we were arguing about the fee. But, by the time they got to do this run of dates in Scotland, the band had the No.1 album. In those days, it was all flat deals. I hadn’t even put chart clauses on it, because they weren’t a chart band. Suddenly they had this No.1 album and Derek was saying to me how much money they made! In those days you didn’t look at capacity necessarily, you didn’t look at ticket price. You had a price for the band and the band went out for that price and they were very happy. ‘We’ve got eight days in Scotland, fantastic’. They got a grand, that was serious money! A crate of beer and maybe a few hamburgers and that was it.

“We had Fairport Convention playing the Royal Albert Hall. NEMS’ Roy Guest was the promoter and at that time we were getting around about £250-350 for Fairport Convention. He put them in the Albert Hall and they were going, ‘Wow, our own show at the Albert Hall’. They were on a 70/30 deal, no guarantees. They walked out with about £1500 and that was an incredible amount of money. The band were on the 30%, not the 70%! Ridiculous!”

2. THE ONE ABOUT MOTT THE HOOPLE

“When I was promoting at Eel Pie Island as Southbank Artists, it’s tidal. So we used to send out these letters – no emails! – with the contract saying, ‘Please be aware if you get to Eel Pie Island and park by the bridge, it is tidal’. Did these people ever read the letter? Nooo. They’d park up thinking, ‘Wow, we’ve got a great parking spot, there’s nobody here, I’m right by the bridge’. And they would go off to the Wimpy on the High Road in Twickenham, come back and the water would be up to the windows. It was nuts. We used to send a little minivan that had the back cut out of it, you’d load your gear on and it’d drive over the bridge up to the hotel where we did the gigs. That was except for Mott The Hoople. They had their own van that was narrow enough for them to get over to the island by themselves. They drove over, did the show and the only drink we served at Eel Pie Island was scrumpy cider – and it was vicious. Pints of scrumpy and huge hunks of French bread and cheddar cheese! The band finished the show, loaded up their van and they’ve driven back over the bridge. The road manager thinks he’s got there ‘cos he’s pissed out of his mind on scrumpy, and does a left turn in the middle of the bridge. Van, everybody in the Thames, bang! Luckily – low tide!”

3. THE ONE ABOUT PETE TOWNSHEND

“Pete had always wanted to play Eel Pie Island, in fact his music company is called Eel Pie Music. He came over and saw that there wasn’t enough PA wings and went, ‘My crew aren’t going to let me play here’. So he helped me build the planks and build out PA wings either side. The crew came in and went, ‘What the fuck’s this? We’re not playing here…’ and Townshend was right over my shoulder saying, ‘We are, we’ve been building fucking PA wings, I’ve always wanted to play here’. So he played it! Those were the days!”

4. THE ONE ABOUT CILLA BLACK

“I booked a Cilla Black tour in probably 1970 or 71. Vic Lewis was the MD of NEMS and he said, ‘I need you to book a Cilla Black tour of Australia, New Zealand, the West Indies and South Africa. I didn’t know anybody in the West Indies so I was hunting round, put this whole tour together in exactly the time period he wanted me to do it, only to find out that, the reason he wanted me to book it at that time and where it went, was so he could follow the cricket! So Cilla had a nice tour but that was what we were doing. It was only a few years ago that I met Cilla again, she didn’t know me and I’d been a cub agent in those days. Somebody introduced us and I reminded her of that tour, and she said, ‘Did you book that tour? It was a good tour but a bit weird’. And I said, ‘Did you know why? Because of Vic Lewis going round following the cricket’, and she said, ‘What a bastard!’”