Trnsmt boss Geoff Ellis: 'The days of drawing 85,000 people for a camping event in Scotland have probably gone' 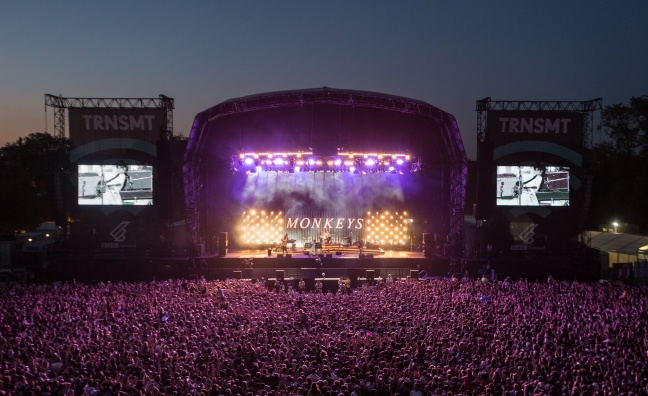 As DF Concerts prepares for the second weekend of city centre event Trnsmt, CEO Geoff Ellis has told Music Week the days of 85,000-capacity camping festivals in Scotland are "probably" over.

The 50,000-capacity Trnsmt climaxes in Glasgow Green this weekend with headline shows by Queen + Adam Lambert tonight and The Killers on Sunday. Debuting in 2017, it has expanded to two weekends this year and welcomed Arctic Monkeys, Liam Gallagher and Stereophonics from June 29 to July 1.

Trnsmt helped fill the void created by the indefinite hiatus of DF's legendary T In The Park, which attracted 85,000 fans at its peak but was last held two years ago. While Ellis does not categorically rule out a return for T, the chances appear slim as metropolitan festivals continue to gain in popularity.

“We said we were parking it and we’ve no plans to do anything in the foreseeable future,” he said. “That’s not to say we’ll never do a camping event again – I’m sure at some point we will – but at this moment in time we’re focused on Trnsmt and the Summer Sessions [annual series of concerts in Glasgow and Edinburgh], so I think the market is probably what at it can take currently.

“But the days of doing 85,000 people for a camping event in Scotland have probably gone now, because the market has diversified so much. It constantly evolves and that’s what makes our industry exciting and fresh."

Ellis added that whether Trnsmt continues to be held over two weekends or reverts to one in future years is dependent on talent availability.

“We don’t want to stretch it too thinly,” he said. “If there’s sufficient talent to run it over two weekends then we’ll do that. We’re going to be flexible with our approach. Our intention and hope is to do two weekends next year but we’ll definitely be doing one regardless."