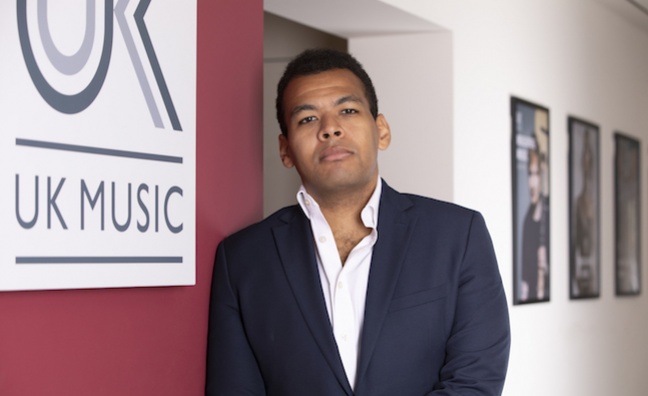 A UK Music survey has highlighted the need for more Black and ethnically diverse employees in top jobs in the music business.

UK Music said the sector’s work on equality, diversity and inclusion had successfully boosted representation at almost every level, but warned the increases in the number of workers from Black, Asian, and other ethnic minority communities joining the industry at entry level were not reflected at more senior levels.

UK Music Diversity Taskforce chair Ammo Talwar MBE said: “This data is really important as it’s the first time that UK Music has broken down different ethnic groups into sub-groups of Black, Asian, and Mixed Race - rather than using that outdated and disrespectful catch-all term ‘BAME’.

“It shows the value of dropping the phrase ‘BAME’ when talking about different communities because now we have far more clarity about the different ethnic groups who make up the music industry.

“Our UK Music Diversity Taskforce has a clear strategy in our Ten-Point Plan that we hope will lead the way for other organisations and other sectors to adopt. We are determined to make the urgent changes needed to properly represent and support the communities and audiences we serve.”

The data revealed the following key points about the make-up of the UK music industry workforce:

These are challenges not just for the music business, but right across society

UK Music chief executive Jamie Njoku-Goodwin said: “I know just how hard the industry is working when it comes to equality, diversity and inclusion. These are challenges not just for the music business, but right across society.

“For our business to reflect modern Britain and our audiences, we need to keep striving to ensure diversity runs right through every level and sector of our industry.”

The data builds on UK Music’s Diversity Report 2020 and follows the publication last year of UK Music’s Ten-Point Plan, developed by the Diversity Taskforce, which sets out a way forward to boost diversity and inclusion.

UK Music Taskforce deputy chair Paulette Long said: “This new data gives us a much needed breakdown of career level by ethnic group. We were already aware anecdotally of issues among certain ethnic groups in the industry and this data gives us the evidence of the gaps facing those from Black and other  communities, who are trying to make their way in the music industry. The Ten-Point Plan recommended dropping BAME and this data gives us vindication that it was the right thing to do. Next up for the Ten-Point Plan is ethnic pay gap reporting for the sector.”

“There remains a systemic inequality that needs to be addressed and we are only at the start of a journey to bring about the change we need. There is a lot of hard work ahead of us that needs to be focused and continuous, in order to get a deeper understanding of underlying issues and really make an impact. Only those committed to this journey will make headway in bringing down those barriers.”

UK Music head of diversity Rachel Bolland added: “We hope it will help inform the important work the industry is already doing when it comes to key issues like the ethnicity and gender pay gap.”

UK Music’s members have already taken steps to improve the diversity of their boards and executive bodies or have set in place structures to bring about positive change. The PRS Foundation launched its Power Up initiative, while the creation of organisations like the Black Music Coalition and Black Lives In Music are among other positive steps.