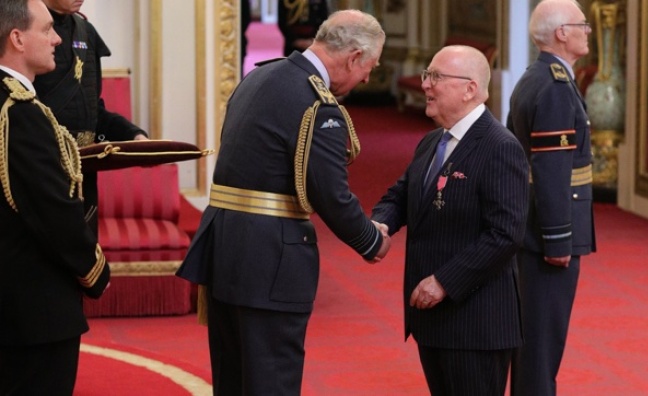 Legendary music agent Neil Warnock has picked up his MBE from Prince Charles at Buckingham Palace.

Warnock, global head of touring at United Talent Agency, was honoured for services to music and charity.

The Agency Group founder began his career over five decades ago and currently represents the likes of Dolly Parton, Deep Purple, Mariah Carey and David Gilmour.

He has previously worked with artists including Pink Floyd, The Rolling Stones, Johnny Cash, Simon & Garfunkel and Michael Jackson. His notable events include Jackson’s tour stop in India, The Rolling Stones’ tours in South East Asia and Europe, and Pink Floyd’s two world tours, including having the band play Russia before the Iron Curtain came down and negotiating for them to play on the Grand Canal opposite St Mark’s Square in Venice.

Warnock, who was awarded Music Week's Strat Award in 2015, has also been actively involved with the Nordoff Robbins music therapy charity for 43 years. He sits on the board as a trustee and is chairman of fundraising where he plays a pivotal role on several of the charity’s key fundraising committees, including the flagship O2 Silver Clef lunch, which has raised in excess of £20 million.

He also leads on the development of the charity’s awareness campaign Get Loud.