'Venues are the seeds that make other things blossom': Brudenell Social Club's Nathan Clark on protecting the grassroots scene 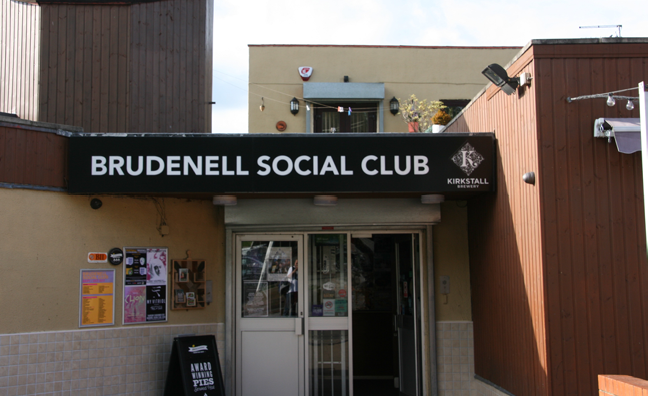 The general manager of Leeds' Music Week Award-winning Brudenell Social Club has warned live music is at a "breaking point" following revelations of how the government allocates tax income to music.

Nathan Clark, who has run the 400-capacity venue for the past 15 years, was speaking in the latest issue of Music Week following recent analysis by UK Music showed that for every £1 awarded to pop music from the £368 million available to music through an Arts Council England fund, opera receives £8.

“It feels like everyone is trying to get their cut of the pie without thinking what is best for everyone overall. There is no genuine discussion," said Clark, who has run the 400-capacity venue for the past 15 years.

"We’re at a breaking point within live music. Opera will not have the musicians, lighting and technical engineers in future if they do not have the venues to learn in and hone their skills.”

"It's nice to be recognised alongside other established and well-run venues," said Clark. “The support network that is given to the venues is minimal. The music industry has to understand that where we are as a society has changed in the past five to 10 years through technological development. Entertainment is now on demand, so people stay in a lot more.

The grassroots network was handed a significant boost earlier this year when the government backed plans to enshrine the Agent Of Change principle in law, meaning developers would be required to take account of the impact any new scheme could have on pre-existing businesses before going ahead with their plans.

“That would go a long way to creating more safeguarding options for our industry,” said Clark. “It would be a massive positive if we could push it through as legislation, not just as guidance.”

Future shows at the Brudenell include Johnny Marr Shonen Knife, Slug, Mastersystem, an acoustic set by The Enemy’s Tom Clarke and a talk with BBC DJ Steve Lamacq as part of Leeds International Festival.

Subscribers can read Music Week's full interview with Clark here and in this week's magazine.