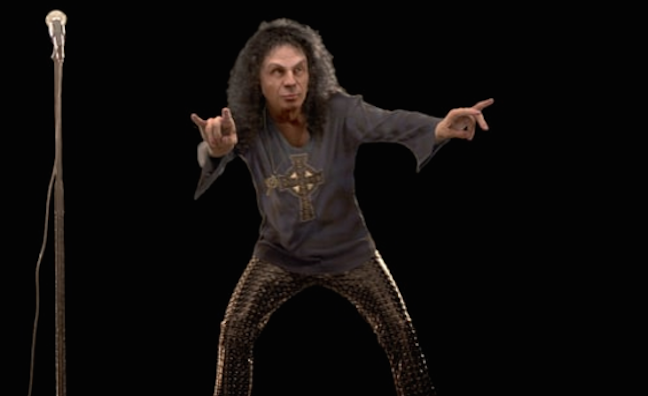 Almost one year in the making, Eyellusion’s Ronnie James Dio production represents the world’s first rock hologram performance and the first time a hologram has been accompanied by a live band in a traditional concert setting.

The Wacken Open Air festival marked the debut of the Dio hologram, which features the singer’s live vocals and will be toured globally in 2017. Further details to be announced.

“When I first experienced the full production of Ronnie performing with his band as a hologram, I couldn’t believe my eyes and ears,” said Wendy Dio, who manages Dio Disciples and is also a member of the Eyellusion team, supporting industry relations. “With Eyellusion, we have been able to get Ronnie back up on stage where he belongs, ensuring that his music and memory live on. I want Ronnie’s fans around the world to share this experience.”

“Eyellusion is creating the best hologram content and live music productions for a completely new concert experience,” said Jeff Pezzuti, CEO of Eyellusion. “We’re taking every step to capture the excitement and energy that comes from seeing your favorite band perform live. That means when the lights go down in the venue, the amps are loud, the band sounds great and the pyro is blinding. We are creating an entirely new way for fans to experience their favorite music.”