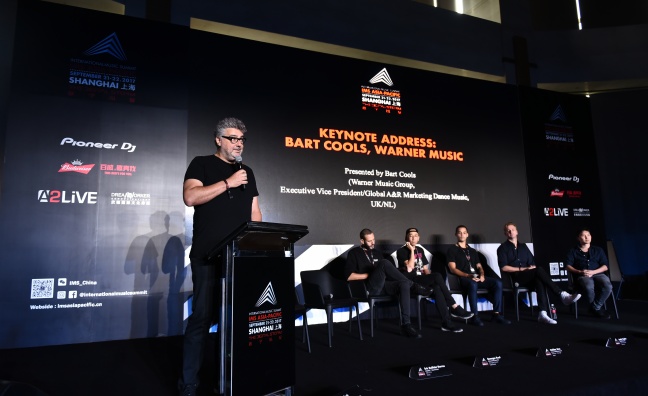 The event, held in conjunction with A2LiVE and the STORM festival, brought together 700 leaders from the dance music industry from 24 countries for two days of panels, production and DJ workshops and after parties in Shanghai.

More than 60 different senior electronic music industry roles including CEO’s, agents, artists, bookers, managers, club & festival owners were present at the summit, with 74% attending from China, 18% international and 9% from Asia.

A spin-off of IMS Ibiza, the summit opened with the Nielsen Dance Music Study, which revealed dance music continues to remain hugely popular in the region, hitting the top five of all music genres in all markets except Japan, with Koreans most likely of all markets to listen to dance music and to be ‘dedicated listeners’.

This trend was reinforced by the China Electronic Music Market report presented on day two by Net Ease Cloud Music, which estimated 2.86 hundred million users of electronic music in China in 2017 and confirmed electronic music as the second most preferred genre amongst users in the country.

In his second keynote speech at IMS, Bart Cools of Warner Music gave his view on the global electronic music marketplace and the challenges and opportunities in Asia-Pacific.

He said it was “literally fizzing with opportunity” and added that the recent acquisition of Spinnin’ Records should be seen as “a vote of confidence in the whole dance sector” and concluded his speech by saying he had no doubt “that Asia will play a huge role in spearheading this industry’s growth”.