'We are giving the power back to consumers': Ban on ticket bots comes into force 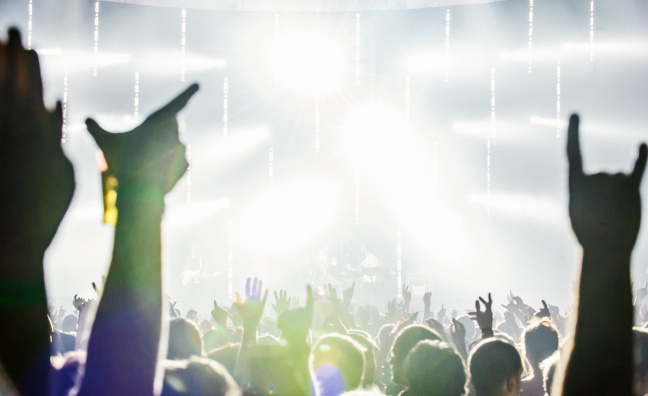 Ticket touts are now banned from using bots to bulk buy tickets after new legislation was brought into force.

The new criminal offence was laid in parliament earlier this year and means touts using automated software to buy more tickets than allowed by event organisers for resale at inflated prices on secondary ticketing sites will face unlimited fines.

Digital and creative industries Minister Margot James said: “Fans deserve the chance to see their favourite artists at a fair price. Too often they have been priced out of the market due to unscrupulous touts buying up huge batches of tickets and selling them on at ridiculous prices.

“From today I am pleased to say that we have successfully banned the bots. We are giving the power back to consumers to help to make 2018 a great year for Britain’s booming events scene.”

Artists including Ed Sheeran, Arctic Monkeys, Pixies, The Charlatans and Iron Maiden are among those who have already put in place new measures to give real fans the chance to buy tickets from those who can no longer attend a show and clamping down on unfair practices.

FanFair Alliance campaign manager Adam Webb said: "Taking action against touts who bulk-harvest tickets is another important step towards cleaning up the so-called secondary market. Alongside strong and swift enforcement of consumer legislation through agencies like National Trading Standards and the Competition & Markets Authority, there is clear potential to root out the bad actors and to allow a new breed of fair, transparent, and law-abiding ticket resale services to flourish."

CEO of the Music Managers' Forum Annabella Coldrick said: “The new changes to the law including banning bots will help increase the chances of tickets getting into the hands of fans. The entire market is now shifting with the increasing ability to enforce artists terms and conditions and provide face-value resale options which are fan-friendly. These changes have the potential to have a global impact and the US is now looking to UK consumer law to help clean up it’s own ticketing market”.

Jonathan Brown, CEO of the Society of Ticket Agents and Retailers (STAR), said: “Ticket limits are set by event organisers and ticketing companies to enable fairer distribution of tickets. STAR, the industry body representing over ninety percent of UK live entertainment ticketing, therefore welcomes these new regulations which are are an important step in helping ensure that more tickets get into the hands of customers at the right prices.”

There have been additional steps against resale sites by the Competition And Markets Authority (CMA) and the Advertising Standards Authority (ASA).

Secondary ticketing provisions, requiring ticket resellers to provide any unique ticket numbers (UTN) to the buyer to identify a ticket’s location, were also introduced in April.

Ticketing provider AXS also announced last week that it is launching a "groundbreaking" resale platform in the UK to help curb ticket touting.