'We are repositioning ourselves as a fantastic live music venue': Twickenham Stadium targets concerts expansion 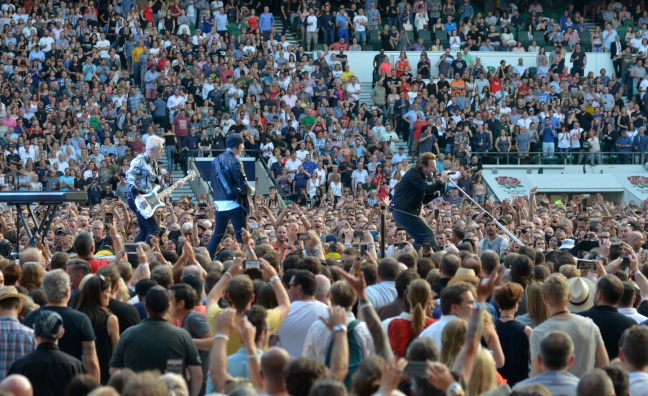 Eminem's two-night stand at Twickenham this summer could be a sign of things to come at the rugby stadium as it bids to reassert its status in the live music sphere.

The rap icon, who is booked by X-ray Touring's Steve Strange, will perform two sold-out dates at the southwest London venue from July 14-15, promoted by Metropolis Music. The venue also hopes to announce another huge show for its 2018 season in the coming weeks.

"We are repositioning ourselves as a fantastic live music venue in the summer for London," Twickenham's head of ticketing Richard Harris told Music Week. "It is definitely more of a focus for us."

Revival, Eminem's first album in four years, became one of the fastest-selling of 2017 upon its release via Interscope/Polydor in December and has sold 241,518 copies in the UK to date. The US star played two concerts at Wembley Stadium in 2014 and headlined last year's Reading & Leeds festivals.

"We're over the moon [with Eminem], we're genuinely delighted and proud that we're hosting probably the show of the summer," said Harris. "It was a major coup for us; it has been a long conversation that began around August last year and the reaction to the album accelerated it all."

Twickenham, which currently has a capacity of 55,000 for music events, welcomed U2's Joshua Tree tour for two nights last year. The shows were the venue's first concerts since 2013, when it hosted two dates by Rihanna and the Chime For Change charity concert.

"We were preparing for the Rugby World Cup [in 2015] and so that took us out of the music market pretty much from the end of 2013 right the way until we had U2 last summer," said Harris. "But now we're back in the mix.

"The [U2 gigs] were genuinely incredible shows. We are really excited that off the back of that we've had subsequent conversations, which have resulted in Eminem coming here."

The venue faces stiff competition in the London stadium realm from Wembley Stadium and London Stadium - but Harris believes Twickenham holds a few aces up its sleeve.

"We've got a much bigger concert window for people to choose from," he explained. "It's hard to compete in June, but they've got football tenants [Tottenham Hotspur and West Ham United respectively] and we don't. The rugby season ends end of May and doesn't start up again until mid-September, so that's quite a window we're able to offer.

"From a pure music perspective we're also less of a bowl, which means it's a tighter experience for the artist. The feedback we had from [U2] last year was that it felt like a much more intimate gig, so that is another selling point."

Other artists to have performed at the stadium include The Rolling Stones, Beyoncé, Lady Gaga, Iron Maiden and Bon Jovi.