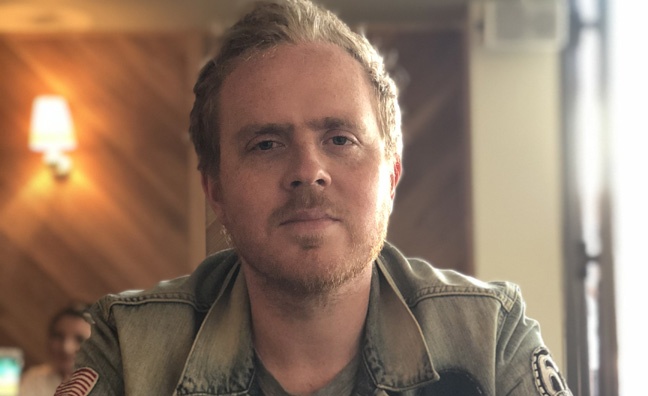 The creation of the role further builds on AEG Presents global presence and follows the opening of their Paris office at the start of 2018.

Jones (pictured) will head up the international promoting operations for AEG Presents UK, expanding the company’s international touring footprint, working closely with the AEG offices in the US, Europe, Asia and the Middle East. He is working on a series of major shows taking place this year and into 2019 including Shawn Mendes' European tour, Ed Sheeran's South Africa Stadium tour, Asian tours for Khalid and Calum Scott, Rodriguez across Australia and New Zealand and UK tours for Anne-Marie, Jess Glynne, Tom Odell and The Vamps.

“I’ve enjoyed building the international touring arm of our UK office in recent years; it’s a major passion of mine and I’m excited to continue and expand on this even further, with some incredible shows and tours to announce soon," said Jones. "What we have achieved since AEG Presents launched in the UK has been phenomenal and I’m certain we can keep upping the ante both here and around the world. The artists that work with us are always at the core of our thinking when planning tours and shows and that is reflected in the calibre of artists and their teams that we work with.”

Recent successes both in the UK and internationally include Ed Sheeran in Asia and the Middle East (2017/18) and his three sell out stadium shows in Glasgow (2018), Justin Bieber UK tour (2016/2017) Craig David’s arena tour (2017), London Grammar, and Father John Misty UK tours as well as the annual BRITs Week series of shows.

Jones, who will report to CEOs Steve Homer and Toby Leighton-Pope, was previously VP, live music for AEG's Goldenvoice division. He began his promoting career at the age of 20, running gigs across his native Kent. While he was a student at Greenwich University he answered an advert for interns to work at The O2, which was in the process of being built, and was part of the small team that launched the venue. Since that time Jones has risen through the ranks as a promoter and senior executive.