'We can't wait to find the next Oasis!': Red Stripe renews This Feeling partnership 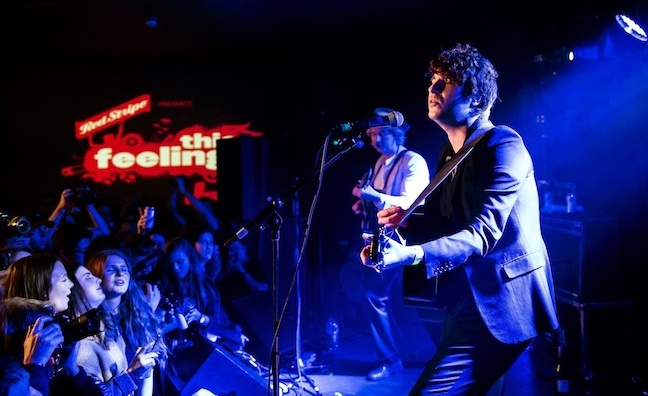 Red Stripe and indie promoter This Feeling are teaming up for a third year to champion live music in the UK.

The partnership will include the return of online music TV show Red Stripe Presents: This Feeling TV, which has clocked up 1.5 million views since debuting in April 2017 and showcases established acts alongside fresh talent.

The link-up will also see 1,000 grassroots acts performing at 300 live shows across the UK over the next 12 months, as well as the continuation of its behind the scenes work experience initiative Earn Your Stripes in 2019. Successful candidates shadow the professional production team during the filming of This Feeling TV, which includes learning from camera operators, photographers and promoters.

Mikey Jonns, founder of This Feeling, said: "The most successful bands to come out of the UK, from The Beatles to Oasis to Kasabian to emerging stars such as Bang Bang Romeo and Yonaka, have all cut their teeth on sticky floors in their local live music venues. These venues are vital, they are the heart and soul of everything good that happens in music.

"This year we will put on 300-plus gigs in grassroots venues, we'll put out four free fanzines, we'll support big and emerging guitar talent alike through This Feeling TV as well as help the next generation of promoter, photographer or rep via the Earn Your Stripes programme. Simply, we would not be able to do what we do without Red Stripe's ongoing support."

The past two years have seen intimate shows at venues such as Nambucca, The Monarch and The Hope and Ruin, with appearances from the likes of The Kooks, The Vaccines, Slaves, Example and Miles Kane, plus performances from emerging acts such as Tom Grennan, Trampolene, Bang Bang Romeo and Black Honey. The show has also attracted a host of celebrity interviews including actors Stephen Graham and Martin Compston, TV presenters Abbey Clancy, Holly Willoughby and Laura Whitmore and former Oasis label boss Alan McGee.

Fans of live music will be able to attend regular gigs at 40 venues in the UK, including Jimmy’s in Manchester, The Joiners in Southampton and The Moon in Cardiff.

Anyone wishing to be considered for an Earn Your Stripes position in the coming year is asked to send a CV and covering letter to ThisFeelingTV@redstripebeer.co.uk.

Izabela Glodek, premium brands director at Heineken UK, said: "It’s an exciting time to be part of the live music scene. Red Stripe has always had a rich association and heritage with indie music, but our partnership with This Feeling has reinvigorated the brand as the beer for live music and opened doors to thousands of fans and bands, as well as all of those important figures, like promoters and venue owners, who keep the counter culture movement alive offstage.

"Importantly, we share Mikey's vision of supporting grassroots music and have invested in the online TV show and live shows to help provide a genuine platform for bands from all over the UK to perform, build a following and propel themselves onto bigger and better stages in the future. We can’t wait to find the next Oasis, Blossoms or Kasabian at one of our shows in 2019!"