"We'll never take a break at Download... We owe it to the fans": Live Nation's Andy Copping on the future of Download Festival 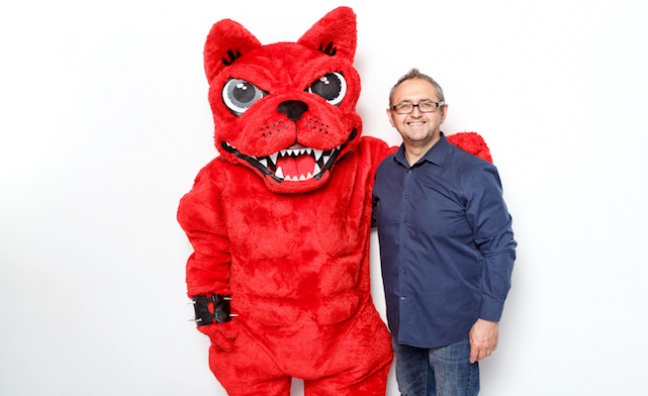 To mark the occasion, Music Week released a special issue dedicated to all things rock, including our cover story's roundtable interview featuring Live Nation's president of UK touring and Download Festival promoter, Andy Copping, plus bands from this year’s line-up. In a wide-ranging discussion, Copping plus You Me At Six’s Josh Franceschi, Bullet For My Valentine’s Matt Tuck, Marmozets’ Becca Macintyre and Employed To Serve’s Justine Jones take a look at the past, present and future of rock’n’roll. And that includes Download itself.

Last year, Music Week joined Copping to trace the story of his rise from budding Midlands DJ to the man who helped re-imagine the legendary, yet defunct Monsters Of Rock event for new generations to come in 2003. This year, in the roundtable discussion, he told Music Week about where he hopes to take it next.

“My goal when we first started doing Download was to do as many Downloads as there were Monsters Of Rock,” said Copping. “We did that last year. This year is the first year there are more Downloads than Monsters Of Rock. Every single year, we never had a break. We will never take a break at Download. I want to avoid that. Because we owe it to the fans. It’s a big part of their year, they take a week off work and if we don’t deliver them a Download every year, we’d be failing them. Some Downloads will be more popular than others, I get that, but there’s an expectation that we’ll be there every year, and I totally believe we should be.”

There are bands that haven’t even formed yet that could be a Download headliner of the future. Things happen very, very quickly...

In an unread section of the roundtable, Copping also revealed some of the bands he hopes to attract to Donington in future years that have, so far, eluded him.

“There’s a number!” said Copping. “Foo Fighters, Blink-182, Green Day and Pearl Jam haven’t played. Bon Jovi haven’t, Van Halen haven’t! A reformed Led Zeppelin, of course, would be unbelievable. There’s still bands that could get there way up to headline status, too.”

To that end, Copping also insisted that future headliners are by no means bands limited to veteran acts or those lighting up venues at the moment.