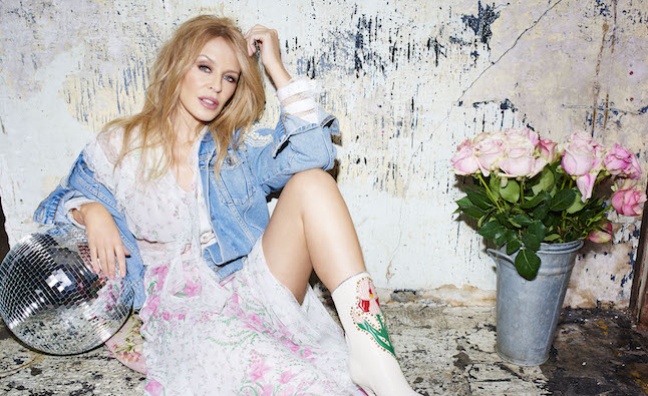 Kylie Minogue looks set for a major boost for her Golden campaign this weekend with a high-profile headline performance at Radio 2 Live In Hyde Park on Sunday (September 9).

Minogue’s first album for BMG debuted at No.1 in April and has sales to date of 105,807, according to the Official Charts Company. As well as being aired on Radio 2, her performance will be screened in full at 10.30pm on BBC One shortly after she comes off stage.

“We love Kylie, she’s a great performer, so we’re thrilled to have her headlining,” Lewis Carnie, head of Radio 2, told Music Week. “She’s very much a core artist for Radio 2.”

Minogue has recently appeared on Radio 2 shows including Saturday Breakfast with Dermot O’Leary. Current single A Lifetime to Repair is on the station’s playlist, alongside tracks by fellow Hyde Park performers All Saints, Boyzone, Lenny Kravitz and Manic Street Preachers.

“It’s a really strong line-up,” said Carnie. “In fact, the whole weekend’s strong as we’ve got Proms In The Park on Saturday, Gladys Knight’s headlining that with a full orchestra, which is quite a unique thing for us and it took quite a while to make it happen. That’s going to be very special, so a very strong show on Saturday and an equally strong show on Sunday. The whole weekend is about working with artists that we want to work with and showing the range of what we can do.”

Carnie said that the event is “absolutely” on the radar for major American artists who are looking to launch a UK campaign.

“They see it as a real opportunity to get re-involved with the network,” he said. “From their perspective, it’s a great launch for whatever they do next.”

Carrie Underwood was due to appear but has been forced to cancel UK promotion due to illness. She was also booked for the The Long Road Festival.

Shania Twain performed in Hyde Park last year and went on to secure a UK No.1 with Now, her first album in 15 years.

“That was a huge comeback for her and it really worked - it lifted the whole thing,” said Carnie. “It started her whole relaunch because she hadn’t done anything for quite a long time.”

Twain’s UK arena tour starts at SSE Hydro in Glasgow on September 19 and includes two dates at the O2 Arena.