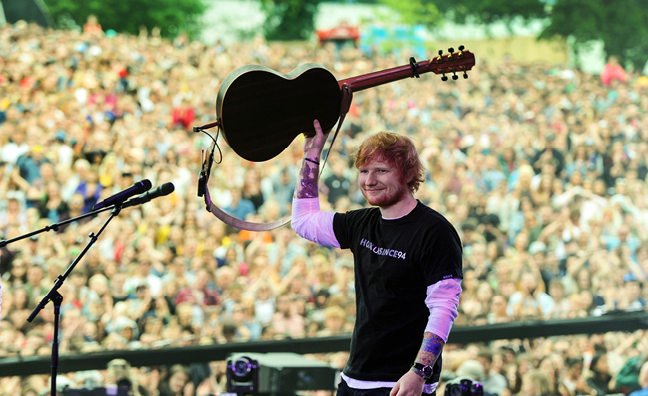 Ealam is director of live at the company, which scooped the company award for live music promoter at the Music Week Awards in May. DHP co-promotes Ed Sheeran alongside Kilimanjaro Live, and is building towards the conclusion of his tour in Ipswich next month.

“It’s literally the highlight of my career, taking Ed from where we started to the stadium tour last year,” said Ealam. “It looks like it’s going to be the biggest tour of all time by the time we end in Ipswich this year, it’s been amazing being part of that process.”

It's been an amazing process

Ed Sheeran wraps the ÷ tour with four nights at Ipswich’s Chantry Park from August 23-26. Earlier this year, the Atlantic/Asylum-signed artist broke records in South Africa, while the ÷ world tour set the all-time touring record for a calendar year after grossing $432 million (£341m) in 2018 alone.

Ed Sheeran releases his No.6 Collaborations Project album on Friday (July 12). Pick up the new issue of Music Week for behind the scenes insight into the campaign from Atlantic’s Ben Cook and manager Stuart Camp.