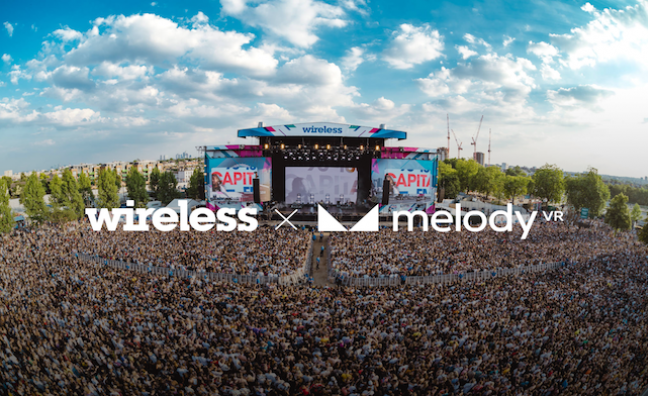 Wireless Festival organisers have partnered with MelodyVR for Wireless Connect, a three-day virtual festival set for the same weekend the 2020 event was due to take place.

Acts will be filmed at MelodyVR's US studio, with the line-up still to be announced.

Melvin Benn, MD of Wireless promoter Festival Republic, said "There's no more forward-thinking festival than Wireless, and there's no more forward-thinking way of hosting a festival than in 360 VR. We'll be filming artists in MelodyVR’s amazing studio space in LA, built just for this purpose and in the historic theatre at Ally Pally, which MelodyVR will turn into Wireless Connect. No one has done this before..."

Last year, Wireless joined forces with MelodyVR to give fans around the globe the chance to watch its performances live in virtual reality via the MelodyVR mobile app on their smartphones.