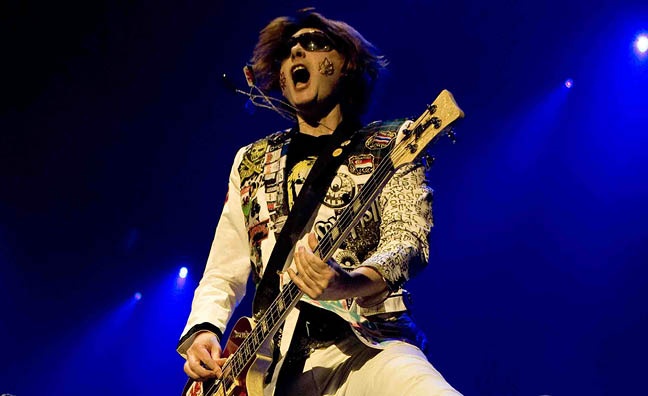 Resistance Is Futile, the band’s 13th LP and first since 2014’s acclaimed Futurology, is released via Columbia on April 13.

“The band have been away from standard headlining shows with new material for quite some time and they are still ambitious,” said X-ray Touring’s Thomas, who has represented the band since the tail end of their Gold Against The Soul campaign in the early ‘90s.

The last time the Manics played arenas when touring a new LP was for 2004's Lifeblood. “They always make bold statements and decisions, and they wanted to do [arenas] again," explained Thomas. "Crucially, they knew they had the record to back it up - it is a record that demands those arena stages.”

Select festival dates will follow in the summer, including slots at Rize Festival, Isle Of Wight, Y Not Festival, Penn Fest in Buckinghamshire and Devon’s Beautiful Days, alongside a show at Robert Smith’s Meltdown at Royal Festival Hall on June 19.

“Although it's a small show in the scheme of what they're doing this year, being asked personally by Robert to do [Meltdown] was an important thing for them,” Thomas told Music Week. "I think that's one of the gigs they're looking forward to the most.”

The band will also support boyhood heroes Guns N’ Roses on a series of European dates. “That is a long-realised ambition for them,” said Thomas. “Duff [McKagan, GN’R guitarist] personally asked them to do it because of the links between the bands.

“They're doing a few interesting things in Europe and we've got some interesting plans for Japan that looks as though it's going to happen in the next year or so. It feels like the world is itching for a new Manics record and tours and festival sets featuring that material.”

There was only a 10-month gap between the band’s 2013 LP Rewind The Film and follow-up Futurology, which had a knock-on effect on their live plans. “We kind of stretched it into one longer touring cycle with those two records, even though they were very different, because they came out so close together,” said Thomas. “I almost think there was a tour more to do on Futurology because it was such a successful record.”

The Manics also staged 20th anniversary tours of their back-to-back classics The Holy Bible and Everything Must Go in 2014/15 and 2016 respectively.

“With most acts that would've been a risk, but I don't think that is the case with the Manics,” said Thomas. “The Manics are pretty much critically bulletproof and they've earned that status by what they've done in the past. They also knew they would need to come up with an absolutely fantastic record to follow up those two tours - and that's what they've done.”

The tours included huge dates in their native Wales, including a special Holy Bible show at Cardiff Castle.

“They'd wanted to play the venue for an awfully long time and it was just finding the right event to make that show happen,” explained Thomas. “Given the fact that we wanted to find a real big statement show in South Wales, it was a case of the right time and right setting and again, similarly, when they sold out Liberty Stadium in Swansea for the Everything Must Go tour.

“Now, we're returning to the Cardiff Arena, which they're itching to get back to.”

Wire also discusses the band's back catalogue and future plans here, while Team Manics reflect on their controversial 2001 trip to Cuba here.