'You'd think we were mad to start it!': Cuffe & Taylor on Lytham Festival's 10th anniversary 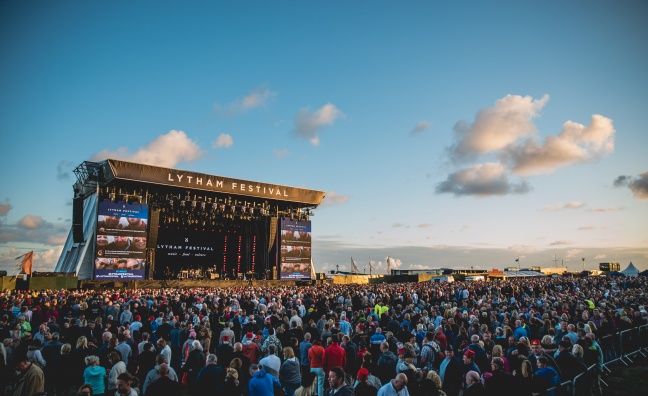 Cuffe & Taylor's Peter Taylor has spoken to Music Week about the evolution of Lytham Festival, which is celebrating its 10th anniversary this year.

Taylor and business partner Daniel Cuffe launched the festival, located six miles from Blackpool, as the one-night, 5,000-capacity Lytham Proms in 2009 at the start of their promoting career. Cuffe & Taylor was acquired by Live Nation in 2017.

"You'd think we were mad to start it because the previous company [that ran it] went bust, but we thought we'd have a go," laughed Taylor. "We saw an opportunity and because Dan and I are both local and live in the town we knew all the nuances. We knew the people, we knew the council and we knew what we wanted to do. I think that helped us."

Lytham Festival has grown organically. We've gone up in stages – I can't believe how many tickets we've sold this year

"It has grown organically, it's never been forced," said Taylor. "We've gone up in stages and it's been successful – I can't believe how many tickets we've sold this year. We started with one day and then went up to three, then four and now we're at five.

"I think five days is our maximum. Lytham is a small town and the festival does put a strain on the infrastructure, so five days is certainly enough for us at the moment, but you never know."

"When we did Status Quo [in 2011], that was a big turning point, then Tom Jones [2014] and Bryan Adams [2016]. Last year, when we put on Chic & Nile Rodgers and sold 20,000 tickets, was probably the biggest turning point of all. It put us in a whole new league and that is shown in the programming this year. It's been a huge success because we're nearly sold out and we've got bigger aspirations for the future."

The event has grown to attract visitors from far and wide. "I'd say probably as much as 40% of our audience now are staying over," said Taylor. "It used to be very local but now it's more tourism-led, where people make a weekend of it.

"Our difficulty is always that our line-up is so diverse. We go from one extreme to the other really, but our point is to have something every day for different fans, even though 5,000 of our customers actually come to every single night. Over the years that's been a challenge but I think we're coming out the other side of it now.

"I can honestly say that everybody who plays Lytham - from George Ezra last year, who was an incredible booking, even back to the Status Quo days, everybody has had a really great experience. That's what has attracted other artists - our previous artists going on to talk about it and saying nice things about us."