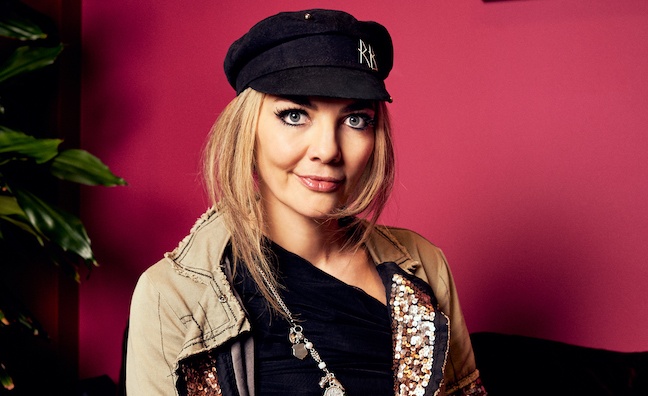 Cassandra Gracey has detailed her time working with Ellie Goulding and actor Hugh Jackman in a new interview with Music Week.

Gracey spent the best part of 20 years in management for Sarah Stennett’s First Access Entertainment, latterly as EVP of UK and Europe, prior to becoming president of Sony Music's 4th Floor Creative in 2018.

“I have three boys, so it was time to stop travelling as much as I was doing, and it was time to learn a whole new skill," she said. "In the last two years [at First Access], I was working with Ellie Goulding. Love Me Like You Do was the global No.1; she was second from top at Glastonbury and had the same slot at Coachella and Lollapalooza; and we had 80 arena shows across the world.

"It was truly such an incredible time and everything was marvellous, but I also had been travelling so much. I am a mother and a wife, and I needed to return home. Then these job offers came in. I had done management for over 20 years and I was like, ‘Okay, it’s time to change.’”

Speaking to Music Week in 2020, Goulding described Gracey as "one of my best friends in the world" and cited the executive's career change as a factor in her own decision to switch management companies.

"It had been a dream for her to run a creative thing and I was so supportive of it, and still am," said the singer, who is now represented by Tap Music. "But our music relationship was so solid and impenetrable that, when she left, it was quite hard for me to continue that commitment."

While the good times far outweighed the bad, Gracey reflected wearily on the "24/7" demands of the management profession.

"You're together, going through those highs and lows of touring, songs being created and hearing the first demos," she said. "I remember riding in the car when we listened to the first vocal of Love Me Like You Do and that was a real high. But there are obviously other times where you're delirious with tiredness as you're trying to get other things done, and we had seven or eight years of the ride. All good fun by the way – the best fun."

Describing her management style as "extremely passionate", Gracey added: "I would have stayed up for 10 days if it meant that I was going to make something work. I believed in what I was doing and the artists I worked with all day long – and I still do – that’s how I am now. Basically, in management, you’re teaching everybody else to believe what you believe, and I would say, ‘If I’ve got a no, I’ll just go and find another way. Because you might say no, but I will make sure that it happens.’

“I have such huge respect for managers, simply because it is so tough, but it’s such a good experience. I would employ anyone who’d been in management because you get such an education of the entire business. It is an unbelievable learning ground. But also, the 24-hour nature and the passion and belief you need to break an artist is really challenging. You’re on a rollercoaster. Even if you’re doing well, it’s still a rollercoaster, because the wins and losses come thick and fast – and it’s probably 100 times worse now."

Gracey's fellow Australian Hugh Jackman was one of the many famous faces to pop up on the star-studded VT marking her coronation as Businesswoman of the Year at the 2021 Music Week Women In Music Awards. Gracey’s filmmaker brother, Michael, directed the actor in the 2017 musical The Greatest Showman. The siblings went on to collaborate with their fellow countryman on his show-stealing turn at the 2019 BRIT Awards.

“What can I tell you about Hugh? He’s incredible,” said Gracey. "I worked on that performance with my brother. I watched that BRITs performance this morning and I sent it to my brother and said, ‘Ah, this still makes me cry,’ because I was so proud of it."