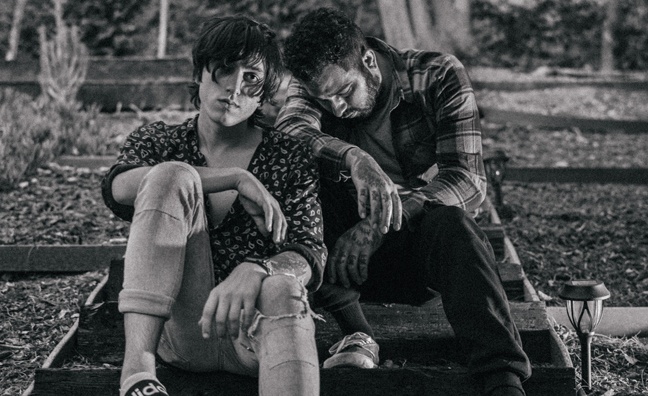 Formed in LA in 2019 by Julian Comeau and Dylan Tirapelli-Jamail, Loveless’ debut single Better was released in April 2020. The group wrote, recorded, and produced their debut album, Loveless 1, entirely by themselves and have since established a huge social media presence.

Speaking about the signing, Cardiff Giant’s Anna Maslowicz said: “Loveless are career artists. They are the real deal. Hearing the music hooked us in, but seeing them live took things to another level. Julian and Dylan are immensely talented musicians, songwriters and performers but also lovely people who we all care about – we have a global vision for Loveless. Up-and-coming bands should take note of how much Julian and Dylan have already achieved on their own. Most labels would struggle to build a band as they’ve done themselves in such a short time. Exciting times ahead.”

Loveless recently embarked on their sold-out debut US tour which culminates with their first-ever hometown show on November 11 at The Echo in Los Angeles. An official press release states that “global plans are currently being worked on for 2023.”

The duo are now represented worldwide by UTA. Chris Visconti and Ryan Edmundson, based in New York, represent the band in North America/Australia/Asia and Carlos Abreu and Nikos Kazoleas, based in London, UK/Europe/Latin America.

Visconti and Edmundson said: “The first time we heard Loveless, it was clear they had an amazing and diverse sound that we wanted to champion. We’re lucky to be part of building the story and the sky’s the limit for what this band is going to accomplish in the coming years!”

Speaking about their deal with Cardiff Giant, Comeau and Tirapelli-Jamail said: “We are so excited to be working with people who we admire so much but also adore deeply as friends.  We can’t wait to continue to build a bad ass relationship and take over the world with Cardiff Giant.”

Cardiff Giants’ Jake Lowry concluded: “My favorite part of this job is to help people I care about and respect grow their artistry. Both Dylan and Julian are so gifted and I can’t wait for Cardiff Giant to help them share their talents worldwide.”