"I don't think there would be grime without him": Wiley's manager John Woolf talks about working with the Godfather of grime 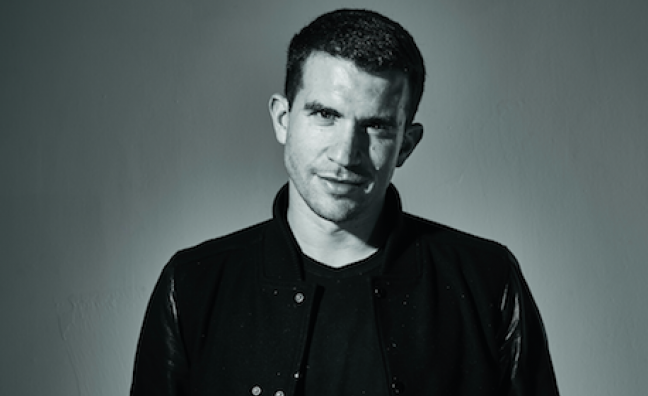 In the new issue of Music Week, we deliver a very special look at The Business Of Grime. As part of it, we interview John Woolf of A-List Management. With a roster that currently includes Carla Marie Williams, Thrd Life, Elderbrook and DJ/producer collective Housekeeping, he already has a lot on his plate. Yet, if Woolf is known for one thing, it's his work with grime’s Godfather, Wiley. Their relationship has been through remarkable highs and lows, notably including the time Wiley fired Woolf on Twitter, declaring “john woolf you are sacked forever”, before releasing over 200 songs for free, without his label’s knowledge.

Yet, despite this, their relationship not only continues, it actually thrives. The year started for the pair with the arrival of Godfather - released on his own label Chasing The Art, it has since sold 24,069 copies according to Official Charts Company data. Since then, Wiley’s won the Outstanding Contribution To Music gong at the NME Awards, returned to Glastonbury and thrown an all-star grime gathering to remember at Roundhouse. In the feature, Woolf talks about how he and Wiley met, and goes on to give his own opinion on what he means to grime.

“I don’t think there would be grime without him,” said Woolf. “I think he is the linchpin of it, him, Jammer and other people did create the scene but I think he definitely is responsible, I don’t think anyone would question, for making grime what it is today. Everyone’s talking about how vinyl is making such a comeback at the moment, he was selling 20, 30, 40, 50,000 vinyl units from the boot of his car before he got signed to XL, just driving around the country. There’s no question that he is the godfather of grime. When no one wanted to bring him into the garage scene, as it were, he went and created his own sound. No one wanted to move the scene on more than him in terms of giving people platforms, be it bringing Chipmunk to Radio 1, helping Kano, helping Dizzee, helping Skepta, the list is endless.”

Woolf was also quick to isolate why it is that he and Wiley have lasted as a partnership through over a decade in the industry.

“Loyalty to each other,” explained Woolf. “I think loyalty is a word that people have forgotten in this industry. What’s important is that we both want the same things. We know how to deliver on a musical level with each other. When he gives me a product, I know how to go and sell it and I know he knows how to deliver. As a team, musically, we’re a pretty strong combination. People always say, Oh, why’d you stick with him? Blah, blah, blah, blah, blah, but find me someone else as creatively inspiring and I’ll go and work with them. Like, yeah, I could probably make a fortune working with Michael Bublé, but I’d also probably be quite bored.”

Woolf went on isolate what he belives to be the best decision he and Wiley have made together in the music business.

“I’d say doing Godfather independently, even when we had loads of offers on the table from major labels was definitely one – having the belief in ourselves to turn down big cheques,” revealed Woolf. “It’s a hard decision when you have hundreds of thousands raised at you and you just say no. It takes belief in yourself. You have to think, How much can we earn if we do this ourselves? You do the metrics, like, What if we sell X amount at this price, how much are we going to make vs how much are they offering us? If you think about it, if we sell 40,000 albums at £10, we’re making 400 grand and they’re trying to offer us £40,000.”

You can watch Wiley’s video for Bring Them All/Holy Grime below.