IE:Music recruit Neck Deep, As It Is and Frost Koffin to their roster to forge global footprint in rock 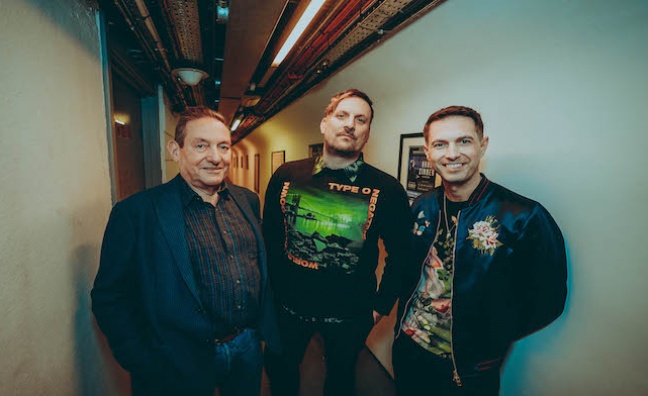 Global artist management agency IE:Music has today (February 13) announced it is diversifying its roster with the recruitment of Leander Gloversmith. Gloversmith will be bringing Neck Deep, As It Is, and new signing Frost Koffin – each represented by him – to the IE: Music stable, which currently includes the likes of Robbie Williams, Passenger, and Cher Lloyd.

According to an official press release, Gloversmith will be focussing on the globally recognised UK pop-punk act Neck Deep, who scored Top 5 chart positions on both sides of the Atlantic in 2017 with their 2017 album The Peace And The Panic. Gloversmith’s initial roster also includes As It Is and freshly signed Texan metal band Frost Koffin.

Based in their London office, Gloversmith will bring his experience to the management company, which boasts offices in Sydney, as well as Los Angeles and London.

Gloversmith has 12 years of artist management experience and played a role in the signing and development of Architects and also managed Lower than Atlantis and Creeper.

Speaking about joining the IE:Music team, Gloversmith said: “It is a privilege to be part of a company with such an effusive legacy, who continue to evolve and remain a source of ideas and creativity. A lot is said about the diminished state of this scene, yet IE:Music are doubling down on rock and metal as we believe it to be in rude health, birthing some of the most exciting and creative artists around, many of whom are quietly ascending to arena headline status without a drop of mainstream support. Paired with its passionate, multi-generational audiences, this is truly a world of lifers, on and off-stage.”

Commenting on the hire, Michael Loney, co-MD of IE:Music and president of IE:West in Los Angeles, added: “We are delighted to welcome Leander and his roster to the IE:Music family. He has proved time and again that he has an eye for what’s next. His roster will be able to avail of our world class artist services team who will apply experience developed across ie:music’s other artists to maximise their potential. It is particularly exciting to have two artists that already have a firm US fan base and we are also thrilled to welcome Frost Koffin.”