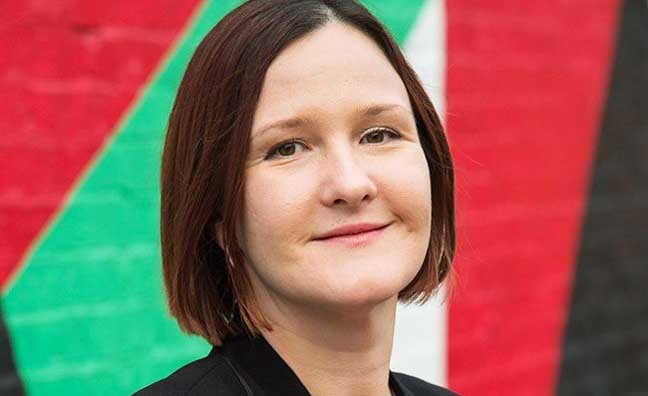 MMF CEO Annabella Coldrick has told Music Week the trade body may lobby the UK government for legislation in order to agree a digital music transparency code between labels and creative bodies.

With deals between streaming services and rights-holders often shrouded in secrecy and NDAs, and few artists clear on how much money they should be getting per stream, all the key recorded music stakeholders within UK Music recently spent 18 months trying to negotiate such a code. The code was aimed at establishing some clear principles to ensure artists, creators, labels and Digital Service Providers were all aligned throughout the digital music value chain. But the proposed agreement foundered when some stakeholders - most notably the major labels - declined to sign up.

Coldrick and the MMF, however, have now signalled they are not content to leave things there.

"If you can’t reach a deal, you’ve got to have government step in and bang heads together and, if not, [then] you’ve got to have legislation," Coldrick told Music Week. "We’re at the stage where all five creator organisations are standing together; BASCA, FAC, MU, MPG and MMF. We spent a year-and-a-half on this, so we can’t just let it go, it’s so important to our members, artists, songwriters, producers. We can then have a look at the other routes, which is back into the regulatory world.

“The industry does need to realise there are broader corporate and supply chain responsibility issues,” she added. “That’s a major challenge; fair remuneration, fair contracts, transparency is part of that because how do you challenge the payments if you can’t understand how your streams are being calculated?”

Any voluntary code would probably not have been legally binding, but Coldrick maintained such agreements were vital for the future of the biz.

“Managers need to be transparent as well,” continues Coldrick. “The principle needs to flow throughout the whole chain, but it’s a genuine problem when you move from a sales model. We are in a new era, you’re on a revenue share model and yet you can’t understand how that revenue share is counted or paid out. Which is why we’ve seen a lack of trust; many artists see they get 0.00-whatever per stream and aren’t able to understand what the reason is. If you’re on a bad legacy contract, whether it’s from the ‘60s, ‘70s, ‘80s or ‘90s, you’re on a pre-digital contract and you have no ability to renegotiate. You’re potentially not seeing the returns coming from the digital age but your work is still being exploited. Then there are other artists, particularly those who own their own rights, who are incredibly positive about streaming, because they’re seeing all the money coming directly through.”

You can read the full interview with Coldrick here or in the new issue of Music Week, out now.