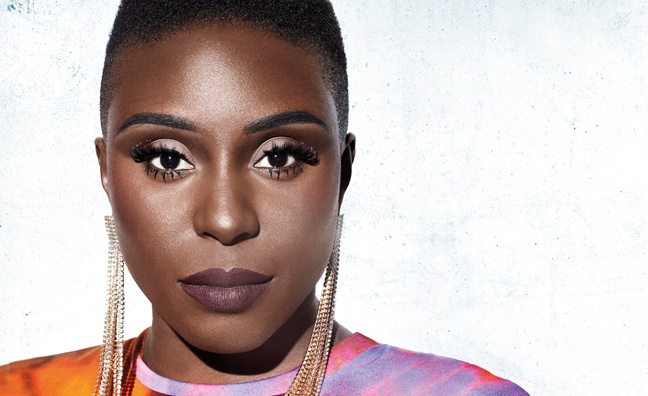 Laura Mvula’s manager Matthew Rumbold has told Music Week that the singer needed to “find a different path” following the end of her deal with RCA.

Now with Atlantic, Mvula is chasing a Top 10 finish for her third album Pink Noise, which is at No.9 according to the latest midweek figures. It is the singer’s first full-length since 2016’s The Dreaming Room, which peaked at No.21. Her debut, Sing To The Moon, hit No.9 in 2013.

Mvula won an Ivor Novello Award in 2017 and was named Best Female Act and Best R&B/Soul Act at the MOBOs in 2013.

Speaking alongside the singer in the new edition of Music Week, Transmission Management's Rumbold described Mvula as “a very articulate, erudite artist”.

“Management is working with artists who you love and know have immense talent and asking how you help find the biggest and best audience for their creativity,” he said. “The previous relationship with Sony had not worked out, but that doesn’t mean that Laura is not still incredibly talented. She just needed to find a different path.”

Laura is incredibly able as a musician

Rumbold said the Atlantic deal gave Mvula “an opportunity to re-imagine her aesthetic”.

“It was a bit of a funny place in that she needed to deliver an album that was conceptualised in her head, but not necessarily written in terms of songs,” he explained.

“Laura is soulful,” Rumbold added. “I think she’s really connected to herself, to her heart, to her artistic self. And she is incredibly able as a musician, as an artist, as a student. She’s an alchemist, someone who can take the firing messages in the brain and put them into this amazing musical and lyrical word.”