Take That manager Chris Dempsey on Gary Barlow's No.1 campaign 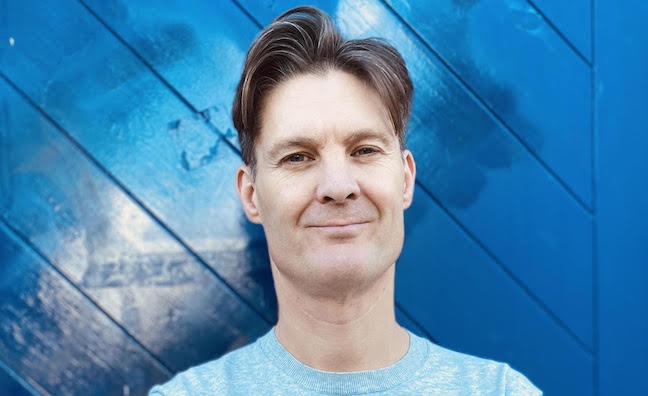 Gary Barlow's manager Chris Dempsey has spoken to Music Week about the singer's No.1 album Music Played By Humans.

The Polydor-released record sold 46,406 copies in its first week of sale, according to Official Charts Company data, to become Barlow's third solo chart-topper after his platinum-certified 1997 debut Open Road and gold-selling 2012 EP Sing.

"He had the seed of the idea just before we went out," said Dempsey. "He has always had this desire to to make an orchestral record. He remembered when he went to see Frank Sinatra in '92 at the Royal Albert Hall and was enamoured with his performance and how Sinatra was the real captain of the ship. Gary was just in awe of him - and has been ever since.

"He always said he wanted the record to feel escapist in some way – upbeat and hopeful, but big and ambitious as well. Nobody in pop is making records like that anymore. It's a really positive upbeat record and you always feel confident when there's great music and a great artist at the centre of it.”

First and foremost he's a songwriter, but Gary doesn't get enough credit for what a brilliant producer he is

Dempsey described the Take That songwriter as "one of the most talented, driven people that you're ever likely to meet" and the respect Barlow is held in by his peers is evident from the album's star-studded guest list, which includes Michael Bublé, James Corden, Barry Manilow, Alesha Dixon, Beverley Knight and Colombian artist Sebastián Yatra.

"He's an incredible artist," said Dempsey. "Songwriters will always make friends with each other. So he had a fairly clear idea on the people he wanted to use. We definitely made a few suggestions but predominantly it's driven by him.

"First and foremost he's a songwriter and that's how he makes his connections, but he doesn't get enough credit for what a brilliant producer he is. When we were making the Take That Odyssey record, Barry Gibb came down to Gary's studio. Gary was producing him and to see that in action was just incredible."

Barlow was joined by a host of special guests for ITV's Gary Barlow's Night At The Museum special, which was screened last night (December 6), while the star's latest single soundtracks Argos' Christmas ad.

Originally set for June 2021, the 49-year-old's UK arena tour has been postponed to November due to the pandemic.

"It's so challenging releasing an album and putting tours on sale in this environment," noted Dempsey. "At the start of this whole Covid situation people were putting traditional album releases - where they were relying on people getting into stores and supermarkets - on hold. Then, after a couple of months, people realised that they needed to find a way to work within this new climate. We're no different - we just carried on."