'The ambitions are big': Blue Raincoat expands management division with Cigarettes After Sex 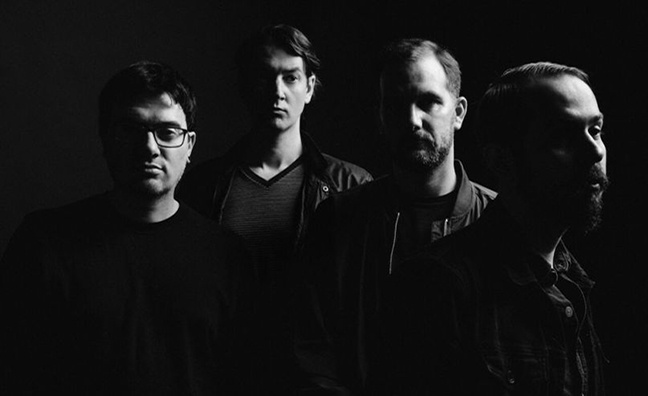 Blue Raincoat Music has signed Cigarettes After Sex to its management division in a deal that also includes the band’s New York-based manager Ed Harris. Speaking to Music Week this issue, CEO Jeremy Lascelles described them as a “wonderful band with extraordinary momentum”.

As well as racking up 7,563 sales of their self-titled top 30 debut (released via Partisan), the band have a big Roundhouse date coming up on November 20. Lascelles explained why they’re a perfect fit for Blue Raincoat Artists…

What drew you to signing Cigarettes After Sex?

This is a band that are going places in an extraordinary and wonderful way. They’re not having hit singles, they’re not having tabloid newspaper coverage, they’re just connecting with an audience in that wonderful way – we used to call it word of mouth and we now call it social media. What’s extraordinary is that it’s happened so quickly and on an international stage. They’re playing the Far East and China and in Eastern Europe, and then they go to South America. I don’t know of many bands whose global reach is as broad as this early in their career.

How did the joint deal for band and manager come about?

Initially, I was chasing them as a potential publishing signing. I flew over to Berlin at the start of their European tour to see them play live, meet the band and meet Ed. I told him about our management structure. Our conversation went from a publishing deal with just the band to, Let’s do an overall deal and bring Ed into the team and we’ll manage Cigarettes After Sex through Blue Raincoat Artists. It’s absolutely a plan for how we want to build the company. The combination of the band and Ed fitted every criterion we could ask for, so it’s an absolute win-win as far as we’re concerned.

What are the Ambitions for Blue Raincoat Artists?

Well, the ambitions are big. We’ve got plenty of room to go and expand. Prior to Ed coming on board, we had one dedicated manager in-house, Jamie Smithson, who looks after a lot of our electronic music and DJ artists – we have a roster of about seven or eight artists in that category. If you do a deal like we’ve done with Ed, each new roster of artists you’re bringing in has got a manager already attached, so that’s really our model for how we want to grow the business.

In the end, you opted for management rather than publishing. Who will the band sign to now?

We are in advanced stages of making a publishing deal, we have an enormous amount of interest in their publishing at the moment. It’s going to be an interesting – and tough – decision to see who they will go with.

What are the sync opportunities for a band like this with such atmospheric music?

They were in The Handmaid’s Tale. Their music is so filmic and so emotive that I think we can have a lot of success with judicious placement in films and TV over time.